on May 07, 2018
Hot on the heels of a survey about the best credit cards to carry while traveling comes news from one issuer that is actually adding benefits.

On that date, cardholders will start earning two miles per $1 spent at restaurants. They will also earn two miles per $1 spend for hotel accommodations when those are purchased directly with the hotel and not through a third-party site. They will also receive a 25 percent statement credit for purchases of food, beverages and Wi-Fi aboard United-operated flights when they pay with their United credit card. 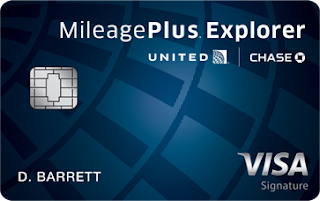 Most impressive to me, however, is that cardholders can receive a $100 statement credit once every four years as a reimbursement for the application fee for either U.S. Customs and Border Protection’s Global Entry program or TSA PreCheck, as long as the fee is charged to their United card. I’ve held both, and have strongly recommended Global Entry, even for those who only travel overseas occasionally.

Other benefits will remain the same including a free checked bag, two United Club passes each year, priority boarding privileges, no foreign transaction fees (which are typically three percent of the amount purchased), two miles per $1 spent on United purchases and one mile per dollars spent on other purchases.

Some benefits are being modified or eliminated altogether.

Cardholders will no longer receive 10,000 bonus miles after spending $25,000 on purchases in a calendar year. Because that benefit will cease on May 31, cardholders can earn 4,000 bonus miles if purchases totaling $10,000-$24,999 post to their account by the last day of May.

Trip cancellation/interruption coverage is changing. Cardholders can be reimbursed up to $1,500 per trip for pre-paid, non-refundable passenger fares if the trip is cancelled or cut short for a variety of covered reasons. That coverage can also reimburse any change fee imposed by a travel supplier to change the date or time of prescheduled travel arrangements.

Finally, price protection and return protection features will no longer be available.

All of this comes at a cost, however.

The annual fee for the Explorer Card is $95. The interest rate for purchases varies from 17.49 percent to 24.49 percent, based on the creditworthiness of the cardholder. Cash advances carry an interest rate of 26.49 percent plus a transaction fee of $10 or 5 percent of the amount of each transaction, whichever is greater.

Whether a credit card such as this – or any affinity card, really – has value to you depends on how, and how much, you use credit cards.