Before you travel, do your homework

While researching a potential trip to Singapore, a destination I have long wanted to visit, I examined several itineraries departing from my home city of Seattle and found that, if I was willing to endure the minor inconvenience of using another nearby airport, I could save literally hundreds of dollars. 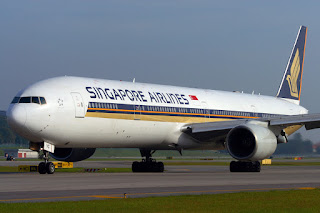 The most convenient itinerary would involve departing from Seattle-Tacoma International Airport (SEA) for Changi Airport Singapore (SIN). Using the Singapore Airlines website, I found the cheapest round-trip economy ticket would be on code-share partner Asiana Airlines and would cost $1,686.40 for a sample trip leaving September 26 and returning a week later. That trip would include two legs: SEA to Seoul’s Incheon International Airport (ICN), then on to SIN.

However, I wanted to experience Singapore Airlines and its service, so I looked into flights leaving from San Francisco International (SFO). In that case, Singapore offered flights that connected through Hong Kong (HKG) with the lowest economy fare at $1,038. A round-trip flight from SEA to SFO on Southwest (NYSE:LUV) would add $488 to the fare, for a total trip cost of $1,525, a savings of $161 over flying out of SEA and, important to me, would put me on Singapore Airlines.

The third option I investigated was a flight out of nearby Vancouver International Airport (YVR) in British Columbia, Canada. That would add a leg from YVR to SFO on Air Canada, then on Singapore Airlines from SFO to SIN via HKG. The real surprise came when I checked the price: CAN$1,484, or US$1,125 at the current exchange rate. Add a $90 round-trip from SEA to YVR on the QuickShuttle bus and total trip cost came to $1,215, a savings of $470 over flying from SEA and $310 over flying out of SFO.

There are, of course, trade-offs to be considered, not least of which is the inconvenience.

I can see flights departing from SEA as I sit in my office writing this post. If I chose to fly out of either YVR or SFO, it adds a third leg to my trip instead of the two I would have flying from SEA. And choosing to depart from YVR means a trip on a shuttle bus, adding another leg to the trip and along with it more opportunities for something to go wrong. Finally, of course, our time has value.

But with the potential of saving nearly $500, it could be well worth considering the alternatives and perhaps funding an additional day or more at your final destination.