on September 12, 2015
Japan's All Nippon Airways (ANA) and aircraft manufacturer Boeing have unveiled the first of three airliners that will be painted in Star Wars livery.

In front of a crowd of dignitaries from ANA and Boeing (NYSE:BA) as well as members of the media, the two companies debuted the first Star Wars jet, a 787-9 Dreamliner decorated with the likeness of R2-D2, on Saturday, Sept. 12.

The plane's namesake R2-D2, C-3PO and a phalanx of ominous Imperial Storm Troopers were on hand and helped bring the fantasy of the Star Wars movies to life on the tarmac outside the paint hangar at the Boeing facility at Paine Field in Everett, Wash. 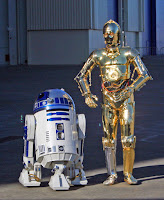 The R2-D2 jet is the first of three to be rolled out. Others that will debut later this year include a Boeing 777-300ER with the likeness of BB-8, a character that will debut in Star Wars: The Force Awakens, the latest movie in the franchise scheduled for theatrical release in December 2015.

ANA will also designate a Boeing 767-300 as the Star Wars ANA Jet. It will showcase both BB-8 and R2-D2, who has been a Star Wars icon since the first Star Wars movie was released in May 1977. These Star Wars themed planes will join the R2-D2 ANA Jet.

ANA is decorating the planes with Star Wars characters as part of an agreement with The Walt Disney Company (Japan) Ltd., designed to promote the Star Wars movie franchise. 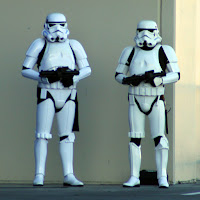