Especially when traveling, cash is king

on February 17, 2015
When traveling to another country, it’s a good idea to carry a modest amount of the local currency. Doing so is not only convenient for making small purchases but can help you avoid being scammed when you use your credit card.

Carrying local currency makes it easy for a traveler to grab a snack or light meal without using – and putting at risk – their credit card information. Like it or not, the credit or debit card information of a “rich American” or Canadian can be especially sought-after in poorer countries or in poorer areas.

Carrying just a little bit more of the local currency and not being determined to spend it all before heading home could have saved Seattle Times travel writer Brian Cantwell from being scammed as he was about to leave Mexico. Having used up almost all his pesos, he fell victim to a scam when he tried to use his credit card to fill the gas tank of his rental car. You can read Brian’s story here.

As most any law enforcement agency or major bank will confirm, gas stations are where a high percentage of credit card and debit card fraud takes place, even here in the U.S., and logic suggests that is even more likely the case in poorer countries or even poorer areas of our own home nation. What happened to Brian, though, is a twist on how scams are often perpetrated.

Several years ago, when I was working for a large sales organization, one of our business leaders hosted a trip to Mexico for a number of our leading sales people. He paid for the group’s dinner at a reputable establishment one evening using his company travel and entertainment credit card. A few days later, he received a call from the card issuer, asking if he’d attempted to use the card to buy some jewelry and other small, expensive items from a large store in El Paso, Texas. He confirmed he had not.

Further investigation showed that, in the few minutes the card was out of his possession, someone at the restaurant had copied the pertinent information and later used it to make a duplicate credit card, which they then tried to use to purchase big-ticket items that could then easily be traded, bartered or converted to cash.

There are several lessons here. First, while the risk of fraud is lower at larger establishments and multinational chains with reputations to protect, there is no guarantee that noting untoward will happen. Such are the risks of life in the 21st century.

Second, there is the "risk-benefit" analysis that each traveler must perform for themselves. The amount of cash one feels comfortable carrying will vary from one person to another but, regardless of what you consider an acceptable level of risk, it doesn't make sense to carry huge amounts of cash just to keep your credit card number safe(r). Arguably, the risk of being robbed if you're carrying tens of thousands of pesos or thousands of euros is far greater - and entails greater risk of personal harm - than having one’s credit card number misappropriated. 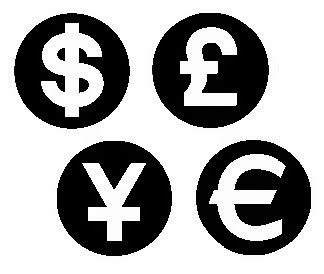 Third, don’t be dead-set on getting rid of every last bit of local currency you have before you’re on the way home, as Brian did. If you have a little left over, buy a t-shirt or something at the duty-free shop at the airport. Many international airports also have kiosks where departing visitors can contribute their remaining local currency to a local charity.

If the currency is for a destination you visit periodically – even every couple of years – it doesn’t hurt to keep a few pesos or pounds or euros in an envelope next to your passport. If you know you’re never going back to that particular destination, take your left-over zloty or rupee or yen to your local bank or the currency exchange kiosk at the airport, buy whatever amount of dollars it will buy, and consider it the cost of doing business.

Finally, a worst-case scenario could mean saving the paper money as a souvenir of your trip.

Read my article on the most economical ways to buy or sell foreign currency here.