on February 24, 2015
International travel, even to countries as close as Canada or Mexico, can result in a host of hidden charges and unforeseen hurdles. But there are ways to minimize your chances of getting some rude surprises, either while on the road or when you return home.

Exchanging foreign currency economically
When traveling outside one’s own country, it is a good idea to arrive with a modest amount of the local currency in one’s pocket for small purchases, taxi fare to the hotel, gratuities, etc. However, simply planning to stop at the foreign exchange kiosk at the airport on your way out could prove to be the most expensive option.

In the midst of planning a trip to Poland, I checked currency converter XE (xe.com), which quoted an exchange rate of 3.71 Polish złoty (PLN; pronounced ZWO-teh) to the dollar, meaning that the straight exchange rate for PLN1,000 would be $269.28. However, it isn’t likely that you will be able to find that price offered anywhere; virtually every entity builds in its cost of doing business.

Banks have historically offered the most favorable exchange rates. The local branch of a major bank offered to sell the currency at PLN3.326 to the dollar or $300.70 for PLN1,000. That would amount to an exchange fee of about 11.5 percent over XE’s quoted exchange rate.

At Seattle-Tacoma International Airport (SEA), the International Currency Exchange (ICE) booth quoted a purchase price of PLN3.18 to the dollar, meaning that PLN1,000 would cost me $314.47. However, ICE also levies “handling fees” on transactions of less than US$750. The fee for buying currency is $9.95, and $7.95 for selling back to them at the end of the trip. That means my PLN1,000 would have cost $324.93 to purchase, and another $7.95 to sell back whatever I brought home. 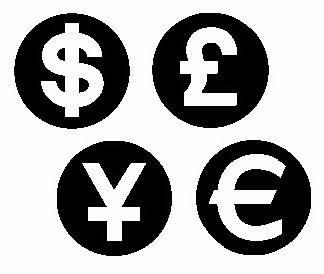 As I was leaving, another gentleman approached the booth to ask about buying Japanese yen. He needn't have bothered. Most major airports have automated teller machines that will dispense the local currency at a much better rate than exchange kiosks; all one needs is a debit or credit card to get cash before leaving the terminal.

However, it is important to use an ATM operated by a local bank as opposed to an independent vendor. For example, during my most recent trip to Japan, I passed by a number of ATMs whose operators I did not recognize. I ultimately used one operated by JCB, or Japan Commercial Bank, a financial institution I recognized.

Likewise, Warsaw Chopin Airport (WAW) lists four ATMs on its website, including three that are operated by banks headquartered in Poland and a fourth operated by Euronet, a U.S.-based provider of electronic payment services that includes ATMs. Typically, such providers offer an exchange rate that is less favorable than those offered by banks.

A cautionary note: While the option of getting cash at an ATM at your destination will likely make it unnecessary to obtain foreign currency before starting your trip, there is a chance - however small - that your ATM card won't work at airport ATMs. In that case, you'd be stuck without any local currency until you could get to a full-service bank branch or chose to pay the premium at a currency exchange.

A final word on this topic: While it is useful to carry some coins of the realm, your overall best exchange rate will be obtained when using your major credit card, whether MasterCard®, VISA®, or American Express or Discover where they are accepted. Late last week, I purchased admission to the Wieliczak Salt Mine on-line using a credit card that does not have foreign transaction fees. I was charged US$21.67 for the PLN79 admission fee, or an exchange rate of 3.646 złoty to the dollar, the closest yet to the 3.71 exchange rate cited by XE.

Foreign transaction fees
Most travelers find it convenient to make larger purchases including train tickets, hotel stays, car rentals and perhaps meals with a major credit card. Most of those major credit cards, however, levy a “foreign transaction fee” for purchases made outside one’s own country that can run as high as 3 percent of the amount charged or cash withdrawn from an ATM using a MasterCard® or VISA®. 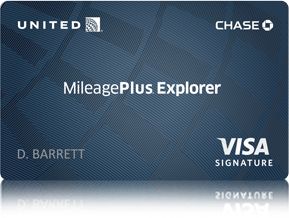 It is actually a combination of two fees - one levied by MasterCard® or VISA®, and a second levied by the bank. American Express and Discover cards have a 2 percent fee, and some credit unions charge 1 percent. However, there is an increasing number of major credit card issuers that do not charge a fee, including Capital One and Schwab Bank (for its Invest First VISA card). In addition, some airline affinity cards, including the United Club Card and MileagePlus Explorer Card issued by Chase Bank (NYSE:JPM) and American Airlines' CitiExecutive AAdvantage VISA issued by CitiBank (NYSE:C), that do not impose foreign transaction fees on purchases. Check with your card issuer before you leave to determine what charges you could be incurring.

Fighting fraud
Financial institutions are becoming increasingly aggressive about monitoring for potential fraudulent activity, and a sudden spate of charges from Costa Rica could raise some red flags if you rarely get out of Goshen. Before you travel, let your credit card companies know where you're going and when you'll return. My credit card companies only wanted the broad strokes: what countries and major cities I'd be visiting, along with the dates I planned to leave and return to my home town; they didn't need a detailed itinerary.

By calling these companies before traveling to Italy a few years ago, I likely saved us some hassle when we bought a fairly expensive vase in Murano, across the lagoon from Venice. The purchase was clearly outside of our normal spending pattern. But considering that we'd let the banks know we were going to be in Italy during that time period, the purchase was completed without a hitch.