Dreamliner fire could have happened on any aircraft – European investigators

on June 23, 2014
A report issued by a safety agency in the United Kingdom said the fire in a Dreamliner in July 2013 started in a component used on a wide range of aircraft and was not exclusive to Dreamliners.

The report by the U.K.’s Air Accident Investigations Branch (AAIB) said a battery inside the aircraft’s emergency locator beacon was installed incorrectly. During the installation, a wire was pinched between the beacon’s case and coverplate, causing a short circuit that lead to overheating and ultimately caused the fire aboard an Ethiopian Airlines 787 Dreamliner at London’s Heathrow Airport (LHR). 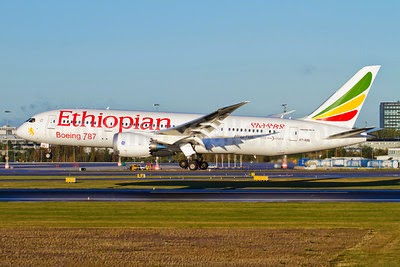 The investigation showed that Honeywell, which supplied the beacon, identified the potential for that installation problem six months before the fire and modified the assembly instructions to prevent it from happening in the future, but did not inspect the devices already in service, nor did it communicate the issue to aircraft operators and manufacturers.

Further, the investigation showed that the battery was not the lithium-ion type of battery used in the Dreamliner’s two main batteries but a non-rechargeable lithium metal battery. The failure of the lithium-ion batteries early in 2013 grounded Dreamliners worldwide as Boeing and its suppliers worked to determine a way to fix the problems.

The report makes clear that the first was not related to the aircraft’s prior problems and overall suggests that the fact that it was a Dreamliner that caught fire was simply bad luck for the troubled program. It was not an indication of an inherent problem with the aircraft, nor was it the fault of the aircraft’s manufacturer.