on December 13, 2013
My first two days in Frankfurt, a city I had never before visited, were spent largely getting the lay of the land, an effort that included intended destinations never found, and many wrong turns along the way.

Arriving in Frankfurt at 0930 after an overnight flight, I was determined to push through and make the most of my first day rather than give in to jet lag and deprive myself of precious time in the city. My jet lag and my unfamiliar surroundings likely played equal parts in the less than stellar start of my trip. 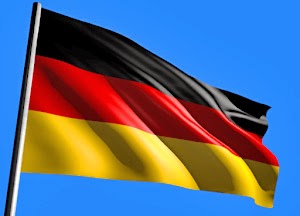 After checking into my hotel and unpacking my bag, my next stop was at the Tourist Information kiosk at the Frankfurt Airport to purchase a two-day Frankfurt Pass. For €13.50, the Frankfurt Pass provides unlimited rides on all forms of public transport, plus discounts to many attractions around the city.

During my pre-trip research, I read one item that warned shopkeepers in Frankfurt don’t have the same sense of customer service as many in the U.S. At the kiosk, I found out just how true that was. While two people manned the “information” side and provided bits of advice to other travelers, items that were for sale -- including package tours and the Frankfurt Pass -- could only be obtained from a third clerk who, to her credit, took the time necessary to make sure her customers had all their questions answered. Meanwhile, two other people sat behind the counter talking to each other, oblivious to the fact that there were guests waiting and the line was growing. Rather than become frustrated by this, I decided to accept that this was simply the local culture being played out before me.

Eventually, with card and maps in hand, I was on my way and went in search of a Cristkindlmarkt (Christmas market).

My first attempt didn’t play out precisely as planned, but resulted in a pleasant visit to an area of Frankfurt a bit off the tourist track. Talking the S-Bahn (traditionally for “Schnell”, or “fast,” but now also for “Suburban”) to an area called Frankfurt-Höchst, I wasn’t able to find the old market place I thought I’d so carefully researched, but it was mid-afternoon and I was getting hungry, so I popped into a local bar whose Speisekarte (menu) posted outside offered genuine German food. That was significant because, like so many other cities, Frankfurt has a broad selection of non-Teutonic cuisine including ubiquitous Döner kabobs, sushi, and the like.

As it turned out, the Restaurant Stadt Höchst at Hostatostraße 6 was quite authentic, with about 10 seats at the bar and a few booths scattered about. Unlike many larger establishments, the menu was not in four languages but only in German, and the barmaids’ English was only slightly better than my German. Regardless, we managed to communicate and I ordered a glass of apfelwein, which is a local favorite. I also ordered Rotkäppchen (wienerschnitzel) “für kleine Esser” (for small eaters), which I am decidedly not, except when compared to the average German. The portions were fine for a modest mid-afternoon meal, as were the prices: €1.40 for apfelwein and €4.90 for the wienerschnitzel. With a €1 tip, a thrifty lunch indeed.

Using my Frankfurt Pass, much of the afternoon was spent exploring and included one of the aforementioned "wrong turns": taking an S-Bahn in the wrong direction as I tried to find one of the destinations on my list.

At 50 degrees north latitude, winter days are shorter in Frankfurt than in my home town of Seattle. So, as the approaching sunset amplified my jet lag, I headed back to my hotel where I got a bite of dinner and my second wind. Restored,  I set out anew, this time to find a bar a business contact who is native to Frankfurt had recommended I visit. He did, however, share one caveat that I will also share.


The Venusberg Bar is a tiny bar of approximately 20 seats in Uhlandstraβe near the Ostendstraβe train station that boasts a large collection of original erotic art dating as far back as the early 1800s. Comprising paintings, charcoal etchings, sculptures and carvings, it is an interesting foray into this form of art, but not for the sensitive or easily offended. The hostess Marion is quite knowledgeable about the objets d’art and, once we chatted a bit and I showed that my interest was historic and not salacious, she shared quite a bit about the history of various items and a bit about the owner, who is an avid collector of the genre. While the bar’s web site says it is “erotica, but not pornographic,” visitors may part company on where one ends and the other picks up.


The next morning, with a full night’s sleep under my belt, I resumed my search for a Cristkindlmarkt. Inquiring at the front desk of my hotel, the clerk acknowledged that there was one in Frankfurt but that the markt in nearby Wiesbaden was much better, a fairly quick train ride away, and a trip covered by my Frankfurt Card. Off I went.

The Wiesbaden Cristkindlmarkt is about one kilometer north of the Wiesbaden Hauptbahnhof along the Bahnhofstraβe, in the area surrounding the Marktkirche (Market Church). With the temperature a brisk zero degrees Celsius, it was a crisp walk, but there were many open shops or restaurants I could have popped into had it become too much.

Soldiering on, I found my reward as soon as I entered the markt grounds: a cup of hot Glühwein! Essentially red wine fortified with a bit of port and mulled with fruit and spices and served hot, it’s a traditional German Christmas drink and was just the thing to chase the chills away. €2.50, plus a €2 deposit that is returned when the ceramic mug is returned.


Thus fortified, I wandered the markt and collected some treasures that will be under various trees this Christmas. I also could not resist indulging in Kartoffelpuffer mit Apfelmus (potato pancakes with applesauce), which are traditionally served at outdoor events, particularly in the winter (€3.60 for three).

While they resemble latkes, the potato pancakes served in Kosher-style delis and at Hanukkah, those I had appeared to be seasoned only with salt and were more plain that the latkes I’ve enjoyed in the past. Nonetheless, they were hot, and their crispy texture complemented by the cool, smooth applesauce was as welcome as was the warmth of the wine.

With gifts in hand, I headed back to the Bahnhof to grab a train back to Frankfurt where I would attempt to find its Cristkindlmarkt. Note the word “attempt.”


Although unsuccessful at finding the markt, I did find another local restaurant that came highly recommended. The Atschel Apfelweingastätte, in Wallstraβe 7, specializes in apfelwein, so I had to try another glass (€1.70). The word apfelwein actually translates to “cider” so it is not surprising that it is very similar to a non-carbonated version of the hard apple ciders that have become so popular in the U.S. However, apfelwein runs counter to the Germanic tendency toward sweeter alcoholic beverages. In fact, during my lunch at the Restaurant Stadt Höchst, one of my fellow guests said of the wine, “Sour, no?” Not exactly. I found its modestly tart character quite enjoyable.

In addition, the Atschel offers traditional German sausages, so I opted for a plate of a genuine frankfurter (Rindwurst, which means beef sausage) served with sauerkraut and rye bread (€4.20). The frankfurter was double the diameter of an American hot dog, and the sauerkraut was cooked with bits of bacon and was far less sour than many varieties I’ve had in the U.S.

Afterward, I found my way to a local market called die Kleinmarkthalle, an indoor market that reminded me in many ways of the Pike Place Market in my home town of Seattle, sans the flying fish. One can see how the Kleinmarkthalle is a great place to buy meat, fish, sausages and veggies to cook up at home, but the Kleinmarkthalle also has a number of stands selling their wares for on-site dining. Well, “dining” may be overstating it a bit, but there were clearly many people buying food items ranging from simple sandwiches to complete Italian meals that they consumed on-site.

Other sites recommended to me will have to wait for another time. The Main Tower (pronounced “Mein”) and the restaurant atop it are great places to view the city – but at times when the clouds and fog don’t enshroud them, as they do right now. The same is true of various cruises offered on the Main and the nearby Danube Rivers: something to be experienced, but ideally when the weather is more amenable.

Still, I shall find ways to enjoy what my server at the Atschel restaurant described as perfect Christmas weather: cold, but without rain or snow. It is, after all, December!