Tips for renewing your US passport

on October 27, 2015
Once a decade or so, it becomes necessary for those of us who travel outside the borders of the United States to renew our passports. Having just gone through the passport process for the fourth time, I’d like to share some tips about how to make the process go more smoothly.

I obtained my first passport in 1986 when I was a reporter at a news-talk radio station in Seattle. I went to the Passport Office in the Henry M. “Scoop” Jackson Federal Building with my completed application, passport photo and birth certificate but without any specific travel plans or urgent circumstances. After paying the standard processing fees, my new passport was in my home mail box the very next day. 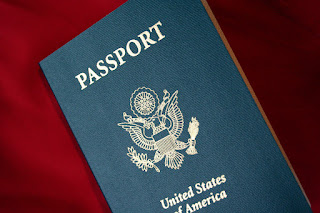 Times have changed. One can still obtain a passport or renew an existing document on an expedited basis but additional costs will be incurred and proof of imminent travel plans or an emergency may be required. More on extraordinary circumstances later. For now, here are some of my recommendations.

Know when your passport expires or when it did expire. While U.S. passports expire after 10 years, U.S. citizens can “renew” passports that are up to 15 years past the date of issue. If more than 15 years have elapsed, you will have to go through the lengthier and more expensive process of applying for a new passport rather than renewing your old one. In addition to the renewal fee ($110 at this writing), renewing passports older than 15 years old will also require a $25 “execution fee.” Whether renewing or applying for a new document, you will also have to purchase passport photos at an additional cost.

It is also vital to know when your passport expires if you are planning a trip close to the end of your passport’s 10-year validity period. Many countries require that a traveler’s passport be valid for at least three months after the traveler’s anticipated date of departure from the host country while some require a validity as long as six months.

While passports cannot be “renewed” if more than 15 years have passed since the date of issue, there is no rule than says they cannot be renewed before they expire.

Plan to renew your passport during the last year of its validity. Especially if you are a frequent traveler, renew your passport whenever it fits into your travel schedule any time after it reaches nine years old. Look at your schedule and pick a time when you have from four to six weeks without an out-of-country trip planned.

In my case, my passport was valid until March 2016. I had a trip to Japan tentatively planned for October 2015 and had intended to renew my passport upon my return but, when the trip fell through, I decided to seize on what I had hoped would be the less busy time of the fall shoulder season. The spring shoulder season would likely be just the opposite: lengthier processing times as more people are planning their summer travels.

According to the U.S. Department of State, renewing one’s passport through the normal, unexpedited process would take between four and six weeks. I sent my hand-completed Application for a U.S. Passport by Mail (Form DS-82), a check for the required $110 fee, old passport and passport photo via Priority Mail on Oct. 3. State recommends using Priority Mail or another method that includes tracking information when sending the passport. The State Department cashed my check on Oct. 7 and I received my new passport – returned by Priority Mail – on Oct. 22, a shade less than three weeks and markedly better than the four-to-six week estimate.

Get the bigger book. Passport holders can complete the DS-82 form online, though it will still have to be printed and the hard copy signed and mailed. However, the online form defaults to the 26-page passport booklet. Unless you are absolutely certain you will only be making a few trips outside the U.S. in the upcoming 10 years, fill out the form manually and check the box for the larger 52-page booklet as shown on the illustration above. At present, there is no extra charge for the larger document but if you should fill up the pages reserved for entry and exit visas after Dec. 31, you will need to renew it completely ($110 at this time). The U.S. State Department will discontinue the practice of adding pages to current passports ($82 as of this writing, plus a few weeks without a passport in your possession) on Jan. 1, 2016.

Expedited renewals. If you have travel planned, you can have your passport renewal expedited for an additional $60 fee plus expedited shipping charges. Expedited renewals by mail should be processed within three weeks, according to the State Department’s website. If you are really in a time-bind – traveling within two weeks or needing a foreign visa within four weeks -- passports can be renewed in person at a passport agency provided you meet certain qualifications. In that case, you could have your new passport in about eight business days. Oddly, some agencies require proof of planned travel to make an appointment for expedited service while others do not. Expedited fees will also apply in such cases.

Make certain any child support obligations are current. By Federal law [22 CFR 521.60(a)(2)] persons who have unpaid child support in an amount determined by their state – generally $2,500 – are ineligible to obtain a passport.

Apply for Global Entry or another Trusted Traveler program. Once you have received your new passport, apply for the U.S. Customs and Border Protection’s Global Entry program if you qualify. Applicants pay a nonrefundable application fee of $100. If approved, passport holders will be able to access expedited Customs clearance kiosks and procedures when returning to the U.S. and will be able to use the TSA’s Pre-Check lines whether leaving the U.S. or flying domestically and will have access to expedited entry benefits in other countries. Read about my experience here.

For comparison, a TSA Pre-Check clearance is $85. Both Pre-Check and Global Entry are good for five years. For an extra $15, or $3 per year, you could save a considerable amount of time clearing Customs after you’ve arrived home following what could be a long, tiring flight.

The U.S. Department of State’s page with passport renewal instructions is available here.