Preparing for Poland - a travel guide

on March 16, 2015
Planning a trip to Poland? I wrote this guide following my first trip to Warsaw and Kraków to offer some suggestions about things to do in preparation for your trip, ways to navigate the two cities, and things you will encounter that you might not have anticipated.

This first installment deals with pre-trip preparations. Some tips can apply to any trip, some to any international excursion, while still others are specific to Poland.

Money
Whether I’m traveling to a country as close as Canada or as far as Poland, I find it convenient to have some of the local currency in my pocket. Most major banks will sell their customers foreign currencies and the exchange rate is generally far better than what can be obtained at foreign exchange kiosks at the airport or Bureaus du Change or similar outlets in town. Alternatively, local currency can be withdrawn from an ATM upon arriving at your destination; however, be sure to use an ATM operated by a bank and not an independent operator for the best exchange rate. For more details, read my prior post on the topic.

If you normally carry a number of credit cards, decide which cards to take and which to leave home. Be sure to take any that waive foreign transaction fees, which area often 3 percent of the amount purchased.

Make a list of the credit cards you will be carrying and carry that list separately from the credit cards. Limit the information on that list to the name of the bank, the name of the card (e.g., MasterCard or AMEX), the last four digits of the card number and the bank’s contact number including the overseas number that customers can call, collect, if they lose their cards or need other assistance.

Buy and use a money pouch. Worn under the shirt, it provides additional security for currency, passports and credits cards. Keep one or two credit cards in your wallet and another one or two in the money pouch so you will have options in the event of loss or theft.

Medications
If you take prescription medications, be sure you have a sufficient supply for your trip and that the medication or medications are in the original prescription bottle(s) with your name and the name of the medication on it. While it may be convenient, do not give in to the temptation to put several medications into one bottle. If a customs officer wants to look into the bottle and sees several different types of pills it could, at the very least, mean a delay while you explain your different medications.

It is also advisable to get a letter from your doctor, particularly if you will be carrying any medication that is a narcotic (including codeine) or psychotropic (used to treat anxiety and depression). The letter should identify you as a patient under their care, provide details about what the medications are, what they are for, and that it is necessary that you travel with them. Most physicians are accustomed to providing such letters and often have standard language they include. Some may charge a modest fee for providing the letter while others will not. In any case, paying a small fee could be worth it if you are asked to produce such a letter. You may not be asked for such a document but it could be very difficult to enter the country with medications if it is requested and you don’t have one.

Be sure to take enough doses of each medication to cover the expected duration of your trip plus a few extra doses in the event of unforeseen delays. Finally, never ever EVER put necessary medications in your checked luggage.

Passport
Be sure your passport is valid for at least three months after you plan to leave the area for home; that is the absolute minimum required to be granted entrance to Poland. The U.S. Department of State recommends that passports have at least six months’ validity remaining any time a person travels abroad.
Visa requirements
Poland in one of the Schengen counties, so called because of the Schengen Borders Agreement signed by 26 European Union (EU) countries in 2006. Under the Schengen Agreement, non-EU citizens holding valid passports may enter the area and remain for up to three months during a given six-month period, after which they must leave the area for at least three months. U.S. citizens with a valid passport traveling for business or pleasure do not need to obtain a visa for periods up to three months, according to the State Department.

Gaining entrance into Poland can be relatively simple. Unless you have a direct flight to Poland from the U.S., you’ll likely have gone through customs at another point of entry elsewhere in the EU. On my inaugural trip, my first point of entry into the Schengen area was at Frankfurt International Airport (FRA) where I changed planes for Warsaw. A German customs official looked at my passport, asked me about the purpose of my trip, stamped my passport and sent me on my way. Once I landed at Warsaw’s Fryderyk Chopin International Airport (WAW), I collected my bag, headed for the doorway marked, “Nothing to declare,” and walked straight into the main terminal without ever speaking to a Polish customs official.

However, visa requirements can change on short notice. Check the State Department’s web page at http://travel.state.gov/content/passports/english/country.html for the most current information.

Secure your smart phone
Consider renting a “clean” smart phone for your trip and leaving your own phone at home. Especially if you are a person who uses a number of financial and banking apps - including Apple Pay, PayPal, and others - losing your own phone could be a major, and very expensive, inconvenience. Instead, consider renting a smart phone from a company like CellHire.com or other provider to minimize your risk if the phone is lost or stolen.

Learn a little of the language
It is simply not true that, “Everybody speaks English in Poland.” Certainly, enough people speak English that you’ll be able to get by, even if (worst case scenario) you have to leave one store without making a purchase and go to another. 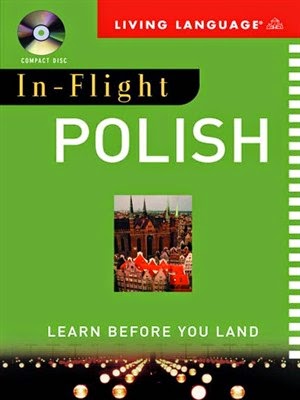 In the hospitality field, most everybody speaks English in varying degrees. Front desk clerks, receptionists and the concierges at hotels speak the most fluent English. Restaurant employees may be slightly less adept at “angielsku” (pronounced ahn-GEHL-skoo) and housekeepers and other back-of-house people may or may not speak it at all. Further, the best English speakers are at the large, multinational hotels. I found the language skills of staff members at the smaller, locally owned hotels to be more variable.

I have found I can get a surprisingly long way in another country by learning to say, “Please,” “Thank you,” and count to five or ten in that country’s prevailing language, and learning a few basic words and phrases in addition is even better. Combine basic phrases with a bit of pantomime or pointing and it becomes relatively easy to communicate that I want “one of those items,” whether that is an éclair in the display case or a glass of wine on the menu.

You won’t have to enroll in a course or buy an expensive language program to learn a few key phrases in Polish. I have found the “In-Flight” language series very useful for learning basic expressions and to date have used the In-Flight series for Japanese, German and Polish. Language lessons come with a single CD and a handy booklet that you can carry with you. If all else fails, you can pull out the booklet and point to the phrase you’re trying to pronounce. Check your local library or favorite used book store first.

Some of the basic phrases that I found helpful were, “Nie mówię po polsku”(pronounced “nee MOVIE poh POHL-skoo”) which means, “I don’t speak Polish.” This can be very useful in a number of situations, including one restaurant where my waitperson fetched a colleague who did speak English when I told her I didn’t speak her native tongue. Other phrases include “Dzień dobry” (djihn DOH-breh), which means good morning or good day, “Proszę,” (PROH-sheh), which means please, and “Dziękuję,” (djing-KOO-yeh) for thank you.

It is also helpful to download the Google Translate app to your phone or tablet; a word or two quickly typed in will give you some context about the sign, menu, or whatever you’re reading and will help you find the things you need, though some words like “toalety” and “alkohole” are fairly obvious. If you find yourself in a pinch, you could also speak or type your question into your device and hit translate. The other person will then see what you want and be able to respond in kind.

For its part, a portion of Polish society is encouraging fellow countrymen to learn English. One language school runs ads on the trams with phrases that illustrate the use of English, while others hand out fliers in busy areas and still others simply post ads.

Tomorrow, I'll share some tips about getting around once you've landed in Poland.