on March 19, 2015
If you’re planning a trip to Poland, there are a number of little things I noticed during my first trip to Warsaw and Kraków, including some things I hadn’t anticipated. I am pleased to share them with you today.

Short days or short nights
Because of the city’s position at 52 degrees north latitude, nighttime comes early in the winter, and days are long in the summer. At 6:00 p.m. during my late February visit, it was already pitch dark. Couple that with the jet lag and a visitor can quickly run out of gas on their first day during the winter. Conversely, the extra hours of sunshine during the summer can prove energizing.

Energy conservation measures
Electricity in Europe is very expensive compared to North America so Europeans have developed a number of energy-saving measures to help compensate. Among those are sensors that shut down escalators where there’s no one using them. If you happen upon an escalator in Poland that is stopped, don’t assume it’s broken; step aboard and see. Quite likely, your step will trigger an electric eye and the moving stairway will spring to life.

In addition, lights in many hotel hallways are tied to motion sensors that will turn the lights on when a guest is in the hall. Some older hotels may not have been retrofitted with motion sensors, so look for wall switches if you happen to be staying at such a property. 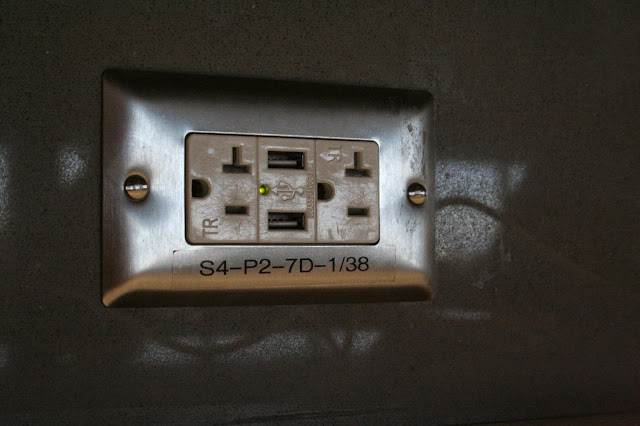 Remember ‘pay toilets’? They’re not gone; they’ve just emigrated to Poland
Public toalety are easy to find in Poland. However, those in busy public places including Warsaw Centralna are pay toilets. The cost is 2,50 zł to use and though change machines are conveniently located at the entrances to the areas, called 2TheLoo, there is yet another illustration of the value of carrying some local coins.

This ain’t Vegas, Baby!
While Warsaw doesn’t pretend to be Vegas. there are a number of small casinos scattered throughout the city. They’re not the level of a Caesar’s Palace or Bellagio; they’re better described as smallish rooms of about 2,000 square feet (sometimes larger) with a few “fruit machines,” or slot machines. Polish law allows adult guests to visit any given casino once per 24-hour period, so if you’re inclined to indulge, plan accordingly.

Formalities
Poles in Warsaw and Kraków seem to be more formal than people in many other places, including most U.S. cities. In the street, at restaurants and in shops, I saw a number of men in sport coats and ties, and women in dresses, hose and heels. Even on the weekends, people tend to dress up more than they do in the U.S.

In the main, Poles seem to be a friendly people. One man on the train from Warsaw to Kraków asked me to trade seats so that he and his traveling companion could sit across from each other and talk to each other during the journey. After I indicated I was happy to oblige, he offered me some of the almonds he had brought as a snack as well as some Metaxa 5-Star Brandy, which he had also brought aboard despite Poland’s law against consuming alcohol in public. Though I declined his offer to share, he and his companion were up to the challenge and emptied the bottle before we’d arrived in Kraków.

Good manners are important to Poles. When invited into someone’s home, guests are often expected to leave their shoes at the front door. If in doubt, follow your host’s lead. Considerate hosts will have slippers on offer but if you’re invited, it’s best to make sure you have no holes in your socks or hose.

It is useful to know that crossing the legs by putting one foot on the opposite knee is considered rude, as is putting one’s hands in one’s trouser pockets.

Shaking hands at the end of a conversation means the conversation is over; it does not necessarily mean that you’ve reached any sort of agreement.

When making purchases in shops and stores, the money is placed into a glass dish that sits next to the cash register, not handed directly to the cashier. The reverse is also true: the cashier will put your change into the same dish rather than putting it into your hand.

While the number of homeless on the streets of Warsaw and Kraków seemed to be far smaller than in the U.S., they are there. I was approached twice – one in each city – by people asking for money. More common, however, is that people seeking alms will sit wherever people pass by with a sign, a cup, and their head bowed so as to not make eye contact. I saw nothing I would describe as “aggressive panhandling,” though I cannot say for certain that it does take place at all.

Public rowdiness at your peril
Poland has a long history of violence, including the mid-20th century horrors visited on the country by a fellow named Hitler. The local police have a heritage that includes mothers, fathers, grandmothers and grandfathers rioting under Nazi and Soviet machine guns, and they are simply not going to be intimated by today’s relative lightweights.

“The Polish police are going to come down on troublemakers like a bag full of anvils, and you don’t want to be there when it happens,” read one post on the topic of behaving one’s self in public. Be advised.

What you’ll see
Warsaw in particular was very heavily damaged during World War II so the overwhelming majority of the buildings are relatively new, but that doesn’t mean they’re all clean, shiny and attractive. My cab ride from airport took me along the ul. Towarowa (“ul.” is the abbreviation for “ulica,” the Polish word for street) and past a number of apartment buildings that had all the charm you’d expect of post-World War II buildings in a Communist bloc country. A “post-War” building in Poland does not have the same charm as a post-War building in New York City.

Warsaw is going through a bit of a building boom. On one side of the hotel at which I spent my first night in the city’s Mirów area, developers are working on the new Warsaw Spire, which is a complex of three new upmarket office buildings intended to be, “A modern landmark and a powerful symbol of Warsaw’s energy,” according to its website. On the other side of the hotel, a city block had been cleared of most of its buildings, apparently in preparation for future development, though its appearance evoked memories of newsreel footage of war-torn Warsaw.

Evidence of the nation’s troubled history is everywhere. In just the cities of Warsaw and Kraków, there are more fascinating, horrifying, and sobering sites to visit than one could get to, probably in a lifetime, as I detailed in a previous post.

Because of the overwhelming effect of World War II on the country, one has to actively seek out facets of both cities that do not specifically relate to the war, the Nazi occupation, Hitler, death camps or the atrocities visited upon the Jews. You can read my post on that topic here.

In Warsaw, some examples include the Chopin museum, the Chopin Monument, and concerts of the composer’s music; the Presidential Palace and the Palace of Culture. Located just east of Warsaw Centralna, the main train station, the Palace of Culture – which, ironically, now houses a multiplex theatre - was completed after the war in 1955 but was built in the Polish national style.

In Kraków, there is the Wawel Castle and the Grand Square, the Wieliczka Salt Mine, and what is arguably the world’s greatest modern stained glass window depicting the Creation at the basilica of St. Francis.

Whether, like me, your heritage includes ties to Poland, you are a history buff, or simply one who appreciates the cultural aspects of Eastern Europe, I believe you will find Poland a very interesting country to visit.