Getting to your hotel
The Warsaw Airport (WAW) is located approximately eight kilometers from the city center where most of the hotels are located, and Kraków’s John Paul II Airport (KRK) is about 12 kilometers from that city’s center. In both cases, there are several ways to get there, though Kraków offers fewer choices. The method you choose will depend on a number of factors including the levels of your jet lag, fatigue, and general comfort level maneuvering in unfamiliar territory.

Prior to leaving on my trip, I exchanged emails with the concierge at the Warsaw Hilton Hotel and Conference Centre where I’d be spending my first night and asked about the best way to get from the airport to the hotel. He offered several options including a business class taxi, which has a higher standard of luxury than the average taxi, at a cost of 90 złoty, the Polish unit of currency, or about $27 at the exchange rate at the time. He also gave me the option of a private car with a driver who would greet me with a sign bearing my name. That is an excellent option when getting off a long, trying flight, or when traveling with my wife, The Timid Traveler, who is less adventuresome than I when traveling to a destination where she does not speak the language. The cost of a private car in Warsaw was quoted at 150 złoty, or about $45.


ains also ply the route between WAW and the various Warsaw train stations. The S2 SKM trains go to and from the Warsaw Śródmieście station in central Warsaw through Warsaw Zachodnia west of the city core while the S3 SKM trains connect the Warsaw Centralna – the main train station - through Warsaw Zachodnia. Trains to central Warsaw run about every 30 minutes and the fare is about 6 zł one-way. If you’re staying in a hotel near the Warsaw Centralna, this is an excellent, comfortable, and inexpensive option. Even if you’re staying elsewhere, several tram lines run directly next to Warsaw Centralna, making it easy to get wherever you may be going.

There are also several bus lines that take passengers into Warsaw. Passengers choosing buses board on the lower level of the terminal by the arrival hall and from a stop behind the coach terminal. In Kraków, public bus number 902 runs to the city’s main train station where one can catch a tram in the direction of their hotel, again provided you’re comfortable negotiating train and bus changes through fatigue and jet-lag.

The option I ultimately chose was a standard taxi. At WAW and at most larger hotels, cabs line up by the curb outside the exit making them very convenient. However, a caveat is in order. In Warsaw, gypsy cab drivers are common and their activities unregulated. Using a gypsy cab means foregoing any protection you might have from local regulatory authorities in the event that anything goes amiss, including perhaps being charged far more than you would otherwise have to pay.


When arriving at WAW, use only taxi assistants wearing yellow jackets. They will put you in a fully licensed, regulated cab for the ride to your hotel. Whenever selecting a cab, look for the rates posted on the windows. A rate of 2,40 zł per kilometer is typical, although I saw posted rates at low as 1,50 zł per kilometer in Warsaw. Taxis also levy  an opłata początkowa, a minimum initial payment, which is commonly 8 zł. Fare meters on Warsaw taxis in which I rode were located between the two front seats, a bit more subtle and harder to see than in many other countries.

At KRK, Kraków Taxi Service is the only official taxi service at the airport. Fares charged are flat rate by zone. A ride of 12 kilometers would be in the Zone 3,with a fare of 69 zł or about $21. My hotel offered to book a transfer directly for 90 zł.

Paying your way, Polish style
The unit of Polish currency is called the złoty, is properly pronounced ZWOH-tay, and is abbreviated either “zł” or PLN. The smallest bill (called a “banknote”) is the 10 zł note, with 20s, 50s, 100s and 200s in common circulation. As with many currencies (the U.S. is a notable exception) the larger the denomination, the larger the bill’s physical size. Coins are used for denominations smaller than 10 zł; 5, 2, and 1 zł coins are clearly marked. Like the dollar, a złoty is comprised of 100 smaller units, called groszy. Smaller coins include 1, 2, 5, 10, 20 and 50 groszy.

Before and during my trip, I purchased złoty in quantities of 500 zł and 1,000 zł. Each time, whether buying from my bank in the U.S. or withdrawing from an ATM in Poland, it cost about $0.30 per złoty. Accordingly, dividing posted prices by three gave me an approximation of the cost. Being a numbers geek, I would multiply the price in złoty by 0.3 for a more accurate figure. But remember: the exchange rate fluctuates, and most every financial institution will levy some sort of fee, either stated as a separate charge or included in the exchange rate, to cover their cost of doing business. 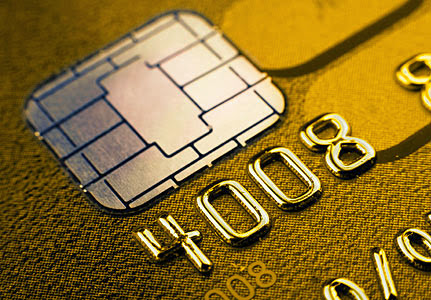 Much had been said about the value of obtaining a “chip and PIN” credit card of the type widely issued in Europe before traveling abroad. In preparation for my trip, I followed that advice and wrote a post about it. While it is certainly a good idea to get such a card for those times when the “chip and signature” or magnetic stripe cards issued by most U.S. banks won’t work, I found more occasions where credit cards weren’t accepted at all, such as automated ticket machines on trams and buses. During my trip to Poland, I encountered machines that accepted neither credit cards of any sort nor paper currency. Having some coins in your pocket or purse is always a good idea.

More for your money
In many ways, both Warsaw and Kraków seemed to be economical by North American standards, particularly with regard to local establishments and local products.

On my first night in Poland, I stopped into a restaurant called Street along Warsaw’s Al. Jana Pawla II (“Al.” is short for Aleje, or Avenue). It was a nice mid-range establishment where locals head after work. Not white tablecloth but pleasant, and the prices were quite good by American standards. I had a two-for-one glass of wine (a Chilean Sauvignon Blanc) on the Happy Hour special and stuffed potato skins from the appetizer menu. Two 100 ml glasses of wine were 12 zł, and stuffed potato skins were 14.50 zł. With 10 percent gratuity (which is quite acceptable in Poland), the bill was 29 zł, or less the $9 for two glasses of wine and an app.


Food and beverages at the hotels where I stayed seemed to be the exception. I found prices at those establishments more in line with what one might expect in the U.S. or Canada. For example, a single glass of white wine at the hotel bar cost 25 zł, or about $7.50, approximately what one will pay for a glass of decent wine at a hotel or restaurant in the West. Still, that’s far better than the German hotel at which I paid €11, or about $12 for a glass of Sauvignon Blanc ont he way home, or the bar at WAW where I paid 55 zł, or about $16.50 for a small bottle of Pinot Grigio.

Room rates, at least during my late-February, early-March visit, were quite economical in most cases. I stayed in highly rated hotels in both Warsaw and Kraków for rates ranging from a low of 208 zł to a high of 480 zł, or approximately $62 to $144 per night. Rates will of course vary by season and availability.

Local goods, including the Polish pottery I purchased to bring home, can be had economically as well. I acquired two pieces at a shop in the Mirów area of Warsaw for 60 zł, or about $18. Prices of imported goods, on the other hand, were little different than in the U.S. For example, a brand name men’s dress shirt at the T.K. Maxx near Warsaw Centralna was about 200 zł, or about $60, roughly the same as a similar shirt at the T.J. Maxx in Seattle.

Polish cuisine and the vagaries of dining out
Due to the country’s north latitude, Polish cuisine uses a lot of winter grains and root vegetables and can be heavy but, if well prepared, can also be surprisingly light and delicious. I enjoyed several versions of żurow, a traditional Polish sour soup made with fermented rye, sausage and a hard-boiled egg. Beet soup with a clear broth without the julienne beetroot common in Russian borscht was also quite light but satisfying. Even the crispy skinned pork knuckle I enjoyed at Restaurant Starka in Kraków was far lighter than I expected given the name and the source of the protein.


Food portions are slightly smaller than the ginormous portions often served in the U.S. but are still quite adequate. By contrast, servings of wine and spirits in restaurants were generally a fair bit smaller than in the West. While most restaurants in the U.S. and Canada pour five or six-ounce glasses of wine as their standard pour size, I frequently saw 100-ml wine pours, which are a shade more than three ounces. A 150-ml pour (sometimes expressed as 15cl, or centiliter) is about five ounces, about the size of some standard pours in North America. Beer, whether on tap or by the bottle, and bottles of wine are sized similarly to those in the U.S.

Ordering coffee or kava can be interesting. I ordered an “Americano” at a coffee bar near Warsaw’s Stare Miasto and my coffee came in a cup big enough to swim in.

Service is restaurants can be, shall I say, relaxed. While the wait people at most of the restaurants I visited were quick to seat me, take my order, and bring my food and drink, once served they didn’t check back often, which is common in Poland. If you want or need something else, you’ll need to get their attention. The word “Przepraszam” pronounced “sheh-PRAH-shahm” means, “Excuse me” and comes in quite handy.

In Poland, you are also expected to ask for your bill when you’re ready. The Polish phrase for that is “Poproszę, rachunek,” (pronounced po-PROH-sheh, RAHK-oo-nek; think “raccoon neck” run together).

Tomorrow, some observations about getting around in the two most-visited Polish cities.