Obtaining a chip and PIN card for overseas travel

on April 26, 2019
If you’re considering or planning a trip overseas, add one more item to your “to-do” list: make sure you have a “chip and PIN” credit card before you leave the United States.

Chip and PIN cards, also known as EMV cards, are widely used in Europe and Asia and are steadily being adopted as the standard type of credit card worldwide, according to BankRate.com. Named for Europay, MasterCard and VISA – the three organizations that collaborated to develop them – EMV cards have a “smart chip” embedded in them and require a personal identification number (PIN) instead of a signature to complete transactions.

But there is an important caveat: just because a credit card has a chip like the one below, it does not necessarily mean it is a true "chip and PIN" card. Though most of the credit cards issued by banks in United States contain such a chip, most of those are “chip and signature” cards that require a signature to complete the transaction rather than a PIN. 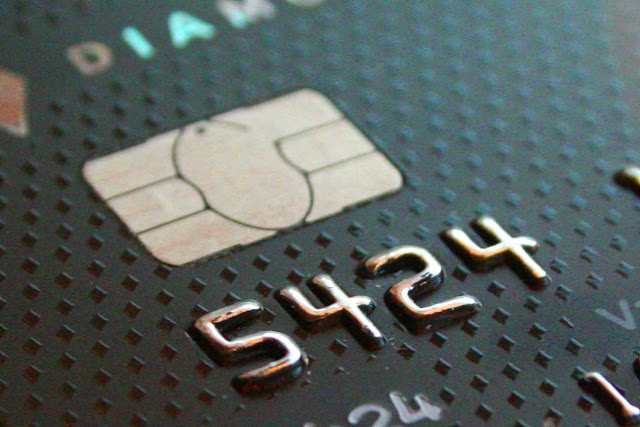 While both MasterCard and VISA are adamant that merchants overseas are obligated to accept both chip and signature credit cards as well as magnetic stripe cards that have no chip, there are numerous reports of American-style credit cards being rejected at automated machines at train and subway stations, toll roads, parking garages, luggage lockers and other such facilities. In such cases, it’s likely the devices simply aren’t equipped to process chip and signature or magnetic stripe cards.

Further, smaller merchants and shopkeepers in towns off the beaten path may not have been trained on how to process such cards and may simply refuse them, the rules notwithstanding.

In preparation for an upcoming trip, I contacted several credit card issuers in an effort to upgrade my existing credit cards to chip and PIN cards. The responses I received from the banks with which I deal were mixed, both in terms of products offered and the product knowledge of the customer service representatives with whom I spoke.

My first call was to a major bank I will call “Bank X.” I learned that the airline affinity card I carry – which, ironically, is a card that does not charge foreign transaction fees – is not offered in a chip and PIN version. While some of Bank X’s other credit card products do have chip and PIN cards available, I would have to apply for a new card rather than simply swapping one card for another because affinity cards are “partner” cards and cannot be exchanged between different partners. However, the customer service rep for Bank X was quick to reassure me that merchants are obligated to accept my chip and signature card in any case.

At Bank Y, two customer service reps for two different cards gave me conflicting information. One told me that Card A, which I have carried for a couple of years and which contains a chip, is a chip and PIN card. I already knew that was incorrect. During a trip to München in 2013, a public bus I boarded had a fare machine that accepted only chip and PIN credit cards or exact change. I tried to use that card along with the PIN number I have for cash advances, but my card was not accepted. As I later confirmed, that card is not a chip and PIN card but a chip and signature card, as are most of the credit cards with chips currently issued in the U.S.

I then called the customer service department for Bank Y’s Card B and was told that it was a chip and signature card and that a chip and PIN card was not offered. In that case, the rep knew the difference and explained it accurately.

A third major bank, Bank Z, promised that their card could be issued as a chip and PIN card, and the rep specifically called it an “EMV” card. Finally, success!

We must each do our own research. Resources like CreditCardForum.com and CreditCardInsider.com can be helpful in identifying banks and credit unions that issue EMV cards. Failing all else, as the CreditCardInsider page details, a number of companies offer prepaid cards with chip and PIN technology.

Give yourself plenty of time before your trip to either upgrade existing cards or apply for a new one if you’re so inclined. Travel can be stressful enough; upgrading your credit card(s) before pulling out your passport may help make your travels just that much smoother.