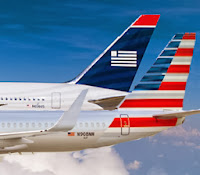 As a member of our AAdvantage® program, you can now enjoy the benefits of our merger with US Airways. You have the ability to earn and redeem miles for flights on US Airways, and elite status members will receive benefits when traveling on US Airways. Plus, Admirals Club® members can now access all 19 US Airways Club locations in addition to the nearly 40 Admirals Club lounges in our network worldwide.

A link that followed the message above directed readers to an American Airlines web page with more details about changes yet to come.

While the web page advises that Admirals Club members can now access US Airways clubs, it says nothing about the fact that members of United Clubs, which currently enjoy reciprocity with US Airways clubs, will lose that access at the end of March, as the airlines advised previously.

As I wrote in a December post, the biggest losers in the merger, as least as far as club memberships go, are going to be members of the United Clubs, which will lose access to the 19 US Airways clubs in the U.S.

I don’t know what else, if anything, the merger will mean to United Club members, but I have asked United for a response and will share what they tell me with you.