on December 12, 2022
When I first moved to the Pacific Northwest in the early 1980s, local carrier Alaska Airlines quickly became a favorite. Fares were competitive and, importantly, service was excellent so I joined Mileage Plan, carried its affinity credit card, and chose Alaska whenever it went where I needed to go. Today, the airline is in lock-step with the rest of the U.S. airline industry: charging more, delivering less, and letting service slide. My recent trip on Seattle-based Alaska Airlines provided a wealth of examples. 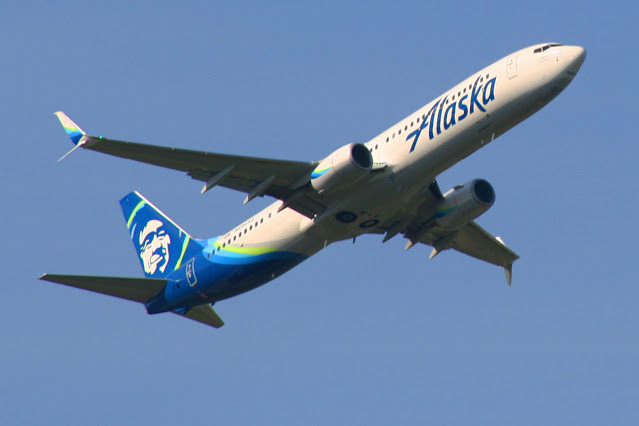 There were at least two occasions where I was given information or guidance by Alaska (NYSE:ALK) or one of its employees that turned out to be flat wrong.

Before leaving home, I checked in and paid my bag fee online but, unlike previous trips, was not presented with the option of printing a bag tag. At the airport, an Alaska employee who was assisting arriving passengers directed me to the special “Services” line and told me they’d help me there. Faced with a very long and growing queue, I looked around and spotted a kiosk where I could print my bag tag without waiting in line. Did the employee not know about that option? Travelers rely upon employee guidance, especially since things seem to change virtually every time we fly.

On the outbound flight, we purchased Wi-Fi so my wife could read the news online and it worked well enough, especially for the very reasonable price of $8 for the six-hour flight. However, before our return flight, I received the text message below:

I also received the following email: 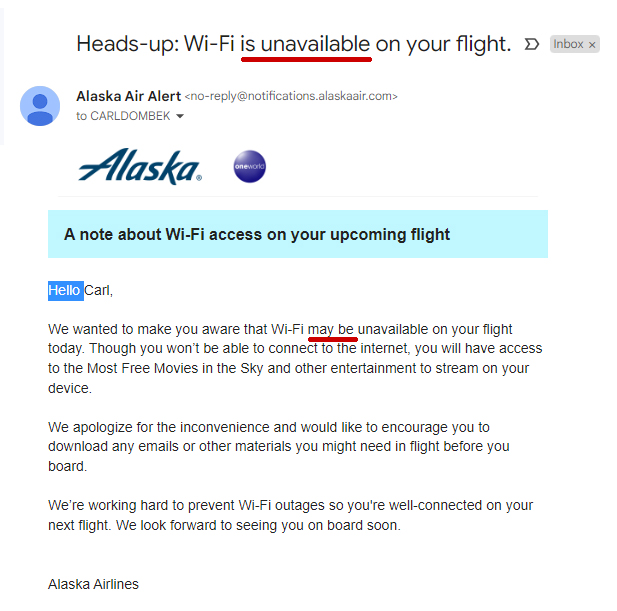 While the subject line said "Wi-Fi will be unavailable," the body of the email said, "Wi-Fi may be unavailable on your flight today."  Turns out, it was available, though I only found out when I asked a flight attendant why it was not.  Poor marks for confusing and contradictory messaging from Alaska.
Overpromise, under-deliver

Rather than opt for Wi-Fi, I planned to use only the proffered free messaging pass, allowing me to send texts via several different apps. In-flight literature it said would be good “all flight.” However, four hours into my 6-hour trip, a window popped up with the message, “Your session has ended.” I could not start a new session, even “forgetting” the network and trying to start over. 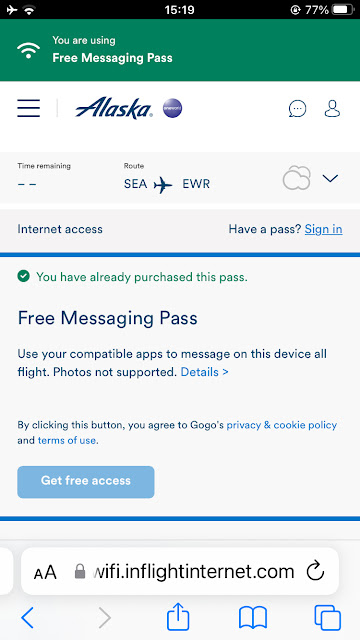 The airline’s in-flight entertainment system offered a choice of free movies, including Top Gun: Maverick, which I’d wanted to see. Score!
Or so I thought. The system on the outbound flight had significant issues and the movie was constantly stopping to buffer. As a result, it took the entirety of the 6-hour flight to finish a two-hour movie. On the return flight, the system worked well and I was able to enjoy two movies without interruption.

In addition to having or not having Wi-Fi, and having an entertainment system that worked well or didn’t, seating options are also inconsistent across Alaska’s fleet.

On the outbound flight, we had the option of updating to Premium Economy for an additional charge. The return flight on a 747-MAX – a much newer aircraft -- did not even have a Premium Economy section.

Recently, Alaska Airlines CEO Ben Minicucci held a webinar at which he touted the benefits of Alaska joining the oneworld® Alliance as well as a few other “innovations to improve (customer) experience.”

While the benefits of joining the alliance may be nice-to-haves, more seat width and legroom, eliminating nickel-and-dime charges, and treating passengers as valued customers instead of cash cows would do much more to engender loyalty, and I told him so in an email I sent prior to his webinar.
Unlike his predecessor Brad Tilton, who provided a thoughtful reply when I encouraged him to keep Virgin America as a distinct brand within the Alaska Air Group, Minicucci did not provide the courtesy of a response to my comments and concerns.

Much of any business’s attitude toward its customers flows from the top down. If the CEO’s attitude is that the “voice of customer” isn’t worth listening to, that says a great deal and sets the tone for the company’s frontline employees.

Certainly, criticism can be hard to hear but a leader will consider whether the criticism is warranted and, if so, use it as a springboard to improving their operations. Whether Alaska considers my criticisms and those of others or chooses to brush them off may well be an indication of whether the airline is working to return to its former glory as an industry leader, or whether its management is content to join most other U.S. airlines in a race to the bottom.