on May 28, 2019
We visited Copenhagen before embarking upon and after returning from on our recent Baltic cruise. Our ship called on several cities, and while the weather was often overcast, making for less than ideal photographic conditions, here are some of the photos from that destination with a bit of commentary.

Near the city's geographic center is a statue of Bishop Absalon, the closest adviser of King Valdemar I of Denmark and the man credited with founding Copenhagen in the 12th century.


Copenhagen is home to many churches, including the Church of the Holy Spirit, or Helligåndskirken in Danish. A popular tourist attraction, this church has the only completely preserved medieval building in the city.


On the church, visitors can see the crest of Christian IV, representative of  the many Danish kings who have shared the name. 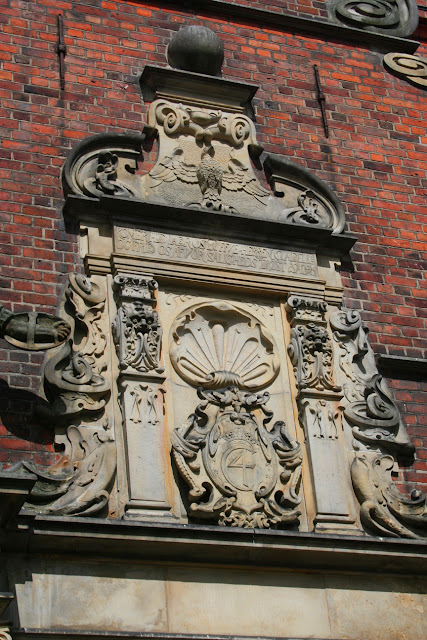 Det Lille Apotek, which means The Little Pharmacy, is today the oldest restaurant in Copenhagen. It was frequented by Hans Christian Anderson, who reportedly frequented the The Little Pharmacy every day in 1854 while writing The Ugly Duckling. The restaurant is known for its rendering of the classic Danish dessert rødgrød med fløde, or red berry pudding with cream. It is suggested that diners use the tip of their spoon to draw a cross in the pudding, then fill the cross with the cream to replicate the Danish flag. 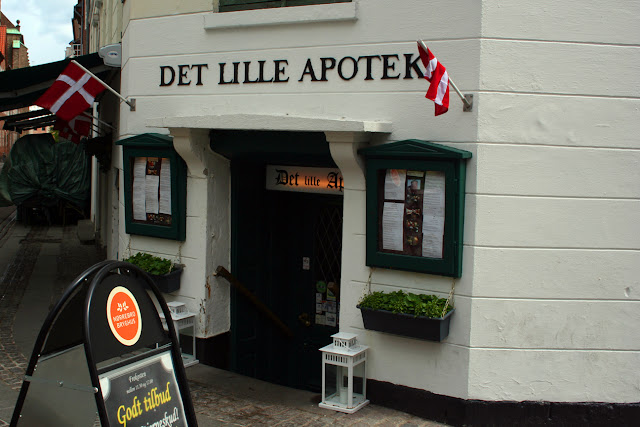 Although our schedule did not allow us to dine at Det Lille Apotek, we did stumble upon a delightful spot called Restaurant Gammeltorv, and relate our experience here.

The stork fountain is located on Amagertorv, a part of the Strøget pedestrian zone and often described as the most central square in central Copenhagen. In 1888, the Society for the Beautification of Copenhagen announced a competition for a fountain on the prominent square to celebrate the upcoming silver wedding anniversary of Crown Prince Frederik VIII and Crown Princess Louise on 28 July 1894. The fountain was inaugurated later that same year.


Copenhagen is home to flagship stores for many world-renowned retailers, including Lego, Georg Jensen, and Royal Copenhagen, whose flagship store at Amagertorv 6 is depicted below. 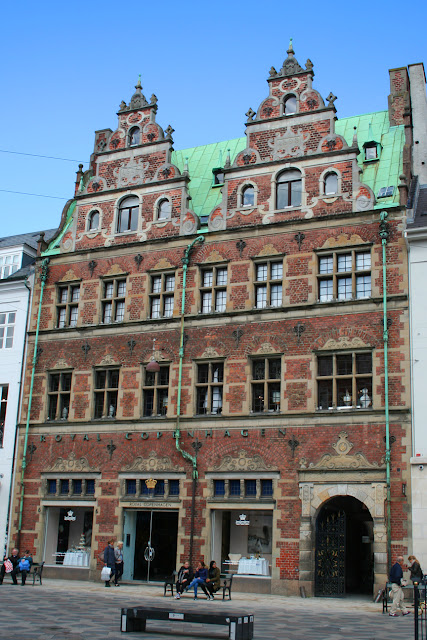 No discussion of Copenhagen would be complete with mentioning the famous Tivoli Gardens amusement park. Unfortunately, the day we visited was quite rainy; however, the grandeur of the gated entrance shows through past the gloom. 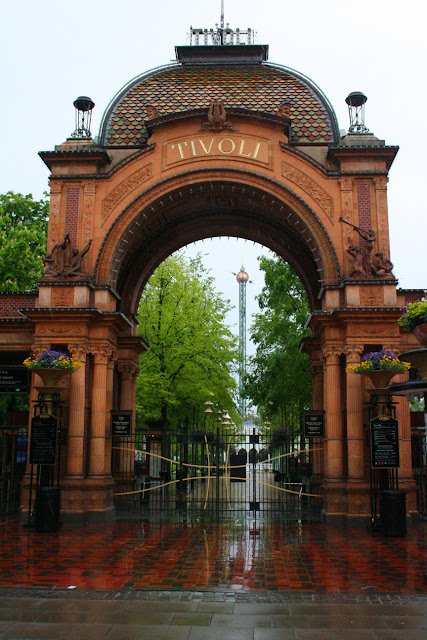