on September 12, 2017
Passenger and cargo flights at Miami International Airport (MIA) resumed Tuesday morning, Sept. 12, although on a limited basis.

The first post-Irma flight activity was the arrival of an American Airlines (NASDAQ:AAL) flight from Seattle, which landed at 7:06 a.m., EDT. The first departure was an AA flight to Las Vegas, which departed at 9:05 a.m. 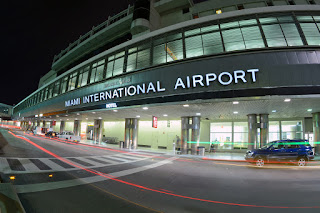 MIA is scheduled to operate about 30 percent of its usual number of flights on Tuesday, and will see that percentage increase daily until it reaches full operations, which officials say could be achieved by the weekend.

Given that many airlines are not operating their full schedule of flights, passengers should contact their airline to confirm their flight’s status before leaving for the airport.

Other airports and airport facilities were also affected by Hurricane Irma. Here is a partial list of their status: