on July 12, 2017
Mobile apps are becoming as central to the hotel guest experience as soft pillows, extra towels and a competitive price, according to a new study by customer satisfaction survey company J.D. Power. 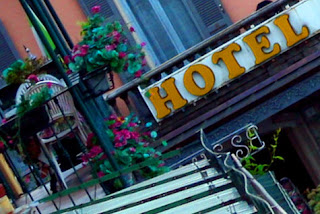 Deployment of mobile technology, however, carries risks for hotels, including that greater use of mobile devices for booking means some guests might book their room through an online travel agency (OTA) rather than directly through the chain’s own website.

While OTAs remain popular among many guests, there are some disadvantages to their use, such as the need to deal with a third party if problems arise with a reservation, as experienced and reported by TheTravelPro.

Further, online travel agencies are associated with lower guest satisfaction, which can also reflect negatively on the hotel.

Not surprisingly given those factors, a current trend in the industry is to emphasize direct booking, where a hotel guest books a room directly through the hotel rather than using third-party sites. Pushing for more guests to become rewards members will likely enhance this effort, the company said.

“As mobile usage becomes increasingly ubiquitous for guests, the challenge for hotels becomes twofold: First, they must persuade guests to book directly with them, and second, they must encourage easy utilization of this technology,” Rick Garlick, practice lead for the travel and hospitality segment at J.D. Power. “By forging direct relationships, hotels can become guardians of the guest experience, but at the center of these relationships is an establishment’s mobile strategy.”

Key findings of the 2017 study include: 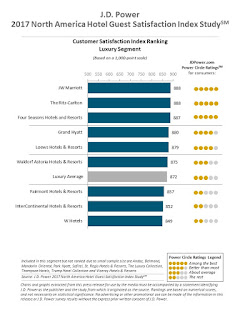 “While The Ritz-Carlton and JW Marriott rank highest in the luxury segment, both of these Marriott-affiliated brands appeal to different types of customers,” Garlick said. “It’s important to remember that this study measures guest satisfaction among a hotel brand’s own customers and doesn’t directly compare hotel brands to one another. Often, the type of guest becomes an important element in determining satisfaction rankings.”

The hotel brands that rank highest in guest satisfaction in their respective segments: