The new flights mean the airline serves 89 destinations with nonstop flights from SEA. Alaska Airlines (NYSE:ALK) officials say that is more than twice as many as any other airline, a thinly veiled swipe at Atlanta-headquartered Delta Air Lines (NYSE:DAL), which has been expanding aggressively at SEA, posing a direct challenge to Alaska’s dominance at the airport. 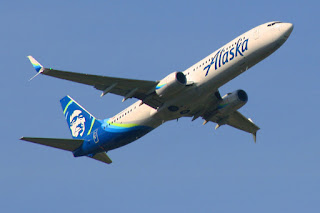 For their part, Indianapolis officials view the new service as a way to garner more publicity for the many things that city has to offer.

"Travelers know that Indy is the racing capital of the world, but it's also a destination with a nationally recognized food scene and a cultural trail that connects the best restaurants, craft distilleries, and boutique hotels via a walkable and bike-friendly route," Mario Rodriguez, executive director of the Indianapolis Airport Authority, said.

Having lived there for five years, I can personally attest to Rodriguez's comments. The city offers a great quality of life for its residents and a lot more for visitors than simply auto racing. But I digress.

Alaska will operate Boeing (NYSE:BA) 737 aircraft on the route. Alaska operates five versions of 737 aircraft in standard configurations plus a “combi” version, used to transport a combination of passengers and freight in Alaska.

The airline was not specific about which version it would operate on the new route. According to SeatGuru.com, the planes can accommodate either 12 or 16 First Class passengers and from 112 to 165 Economy passengers. Seat width is consistent across the fleet, with First Class seats 21 inches wide and Economy seats 17 inches wide. First Class pitch – the distance from the back of one seat to the back of the seat in front of it – is consistently 36 inches while Economy pitch is either 31 or 32 inches.