Think paying to reserve your airline seat is bad? How about paying … to complain?

on September 26, 2016
Passengers of some British airlines could find themselves having to pay if they complain about delays and lost luggage under new procedures being adopted by the British aviation industry.

Until recently, passengers who complained to airlines and were unhappy with the outcome of their case could pursue the matter with Britain’s Civil Aviation Authority (CAA), the nation’s airline regulator. The CAA would then mediate with airlines on the passenger’s behalf on matters related to airline delays or cancellations, lost or damaged luggage, and compensation requests. 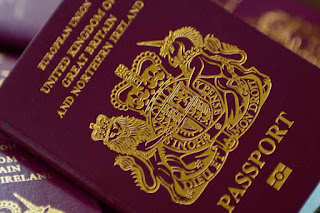 However, the agency is cutting back on the services it offers to the flying public and airlines are being encouraged to develop an alternative dispute resolution (ADR) plan to handle such complaints. Such plans include engaging the services of an independent ADR provider, some of which charge the passenger if their claim is unsuccessful.

In the past, the CAA has successfully won £17m in compensation for passengers who have complained about air carriers. Going forward, however, according to Great Britain’s The Sunday Times, the CAA will only continue to work for passengers of those airlines that do not have an ADR plan in place.

One such ADR firm – the Centre for Effective Dispute Resolution – charges £25 for unsuccessful claims. Its registered users include British Airways, easyJet and Thomas Cook, among others. Another ADR firm, NetNeutrals, charges passengers £10 if their case is not successful.

While the plan and the possibility of passengers who complain being charged has drawn the ire of at least one Member of Parliament, it may be much ado about nothing. The practice of paying an intermediary to assist with a complaint against an airline has precedent in Europe.

Passengers on an airline whose operations are controlled by a European Union (EU) airport who are denied boarding because of overbooking, whose flights are delayed beyond a specific length of time, or whose flights are cancelled altogether are protected by Regulation (EC) No 261/2004 commonly referred to as EU 261. Affected passengers can negotiate with the airline directly or can engage a firm to negotiate on their behalf.

The Berlin-based company flightright helps delayed travelers get the compensation to which they are entitled and charges a 25 percent “success fee” if their claim is successful.

Because EU 261 says affected passengers may be eligible for between €125 and €600 in compensation from their carrier, a 25 percent fee could be considerably more than the £25 a passenger could be charged

While any fees go to the ADR provider, I see this as an extension of the aggravating practice of à la carte pricing. Last year, Wall Street Journal reporter Scott McCartney wrote an article that included a breakdown that showed how such pricing, along with standard government fees and taxes, inflated the “$209 fare” on Spirit Airlines to a total cost of more than $484.

This feels like one more way the airlines are trying to wring a few extra pounds, dollars or euros out of the traveling public.