on July 18, 2016
With the 2016 summer Olympic Games slated to start Aug. 5, the people at travel search engine KAYAK.com decided to play some games of their own focusing on how people from around the world will be traveling to the upcoming games. 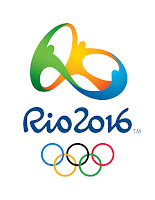 KAYAK’s data wonks dug into the more than one billion annual queries across 40 international sites to find out how people from those countries were planning to travel to Rio de Janeiro, Brazil for the Olympics. They also looked at what various nationalities chose with regard to the level of their accommodations and how soon (or late) citizens of various countries began their planning.

Dubbing their effort "The KAYAK Global Travel Games," they awarded some virtual medals of their own.

Key findings include the determination that Americans sought out higher levels of luxury and were more efficient than many, but still fell short of Korea for luxury and Switzerland for efficiency. The U.S. was shut out of other categories including Best Use of Mobile.

Germany won the medal for Preparation, having started their searches in May 2015, a full 15 months before the games begin. The other side of that particular coin went to Spain, which earned the highest score for Procrastination.

The following infographic has the complete list of winners.