on May 25, 2016
Kudos to Atlanta-headquartered Delta Air Lines for collaborating with the Transportation Security Administration (TSA) in an effort to ease long security lines at many of the nation’s busiest airports.

With the peak summer travel season set to kick off over the upcoming Memorial Day weekend, Delta (NYSE:DAL) announced that its employees have been working with the TSA in a collaborative effort that began earlier this year to help shorten the wait at 32 airports across the U.S. 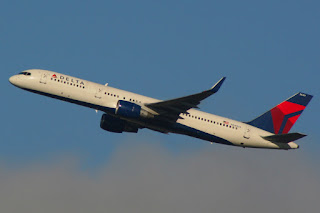 The carrier is putting its money where its corporate mouth is: Delta will be investing up to $4 million in additional staffing to assist TSA personnel.

While the responsibility for the security checks still rests with TSA, airline employees or their vendors will provide support at TSA checkpoints to free TSA inspectors to open additional lanes during peak times. They will help manage lines, handle bins and take on other non-screening tasks.

The carrier will also lend subject matter expertise from industrial engineers and other areas to make recommendations on queue design and how checkpoints could be redesigned for a more optimal flow and ease of movement.

Delta has also invested nearly $1 million in the security infrastructure at its home airport, Atlanta Hartsfield-Jackson International (ATL). The airline funded the research, development and implementation of two new checkpoint lane which are expected to increase passenger throughput.

Finally, the airline partnered with CLEAR to provide complimentary enrollment to Diamond Medallions and preferential pricing to SkyMiles members for expedited document check-in and biometric verification for priority queuing at hubs this year. CLEAR is currently available at 13 airports around the country according to its website.

Since Delta implemented supplemental staffing in early May, the airline has seen a 10 percent increase in throughput at TSA security lanes. Further shortening wait times, Delta's staffing support at 32 airports has allowed TSA to open nearly 30 additional lanes across the U.S. that would have gone unstaffed.

TSA has come under fire in recent months for what many travelers view as unacceptably long wait times at airport checkpoints.

The reason lines at airport security checkpoints are growing, yet moving with the speed of an arthritic snail, is two-fold: a record number of travelers and a declining number of TSA screeners, a decision TSA officials made when they launched their PreCheck program in 2012 that has since come back to bite them.

When TSA launched its PreCheck program, it expected that 25 million fliers would enroll in the program that gives pre-cleared passengers expedited screening. According to a recent Associated Press article, fewer than 10 million travelers have enrolled to date. Based on that and efficiencies in other areas, TSA began reducing the number of screeners from over 47,000 three years ago to about 42,500 today. Combined the double-whammy of more people in line and fewer people to check them through, and the waits become longer.

There are ways around that. Travelers should consider enrolling in TSA's PreCheck program or a similar program operated by a different agency, like the Global Entry, NEXUS or SENTRI programs operated by U.S. Customs and Border Protection (CBP). Travelers accepted for any of these programs will be able to use the PreCheck lines in addition to other expedited clearance benefits the programs offer. 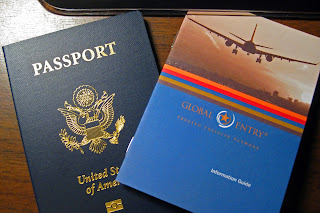 If you qualify, obtaining a PreCheck clearance will cost $17 per year; a Global Entry credential works out to $20 per year. In my assessment, either amount is a small sum well-spent to reduce the time spent waiting in line as well as the stress that goes along with it.