Visiting a National Park during the centennial year? Plan ahead!

on April 18, 2016
2016 marks the 100th anniversary of the founding of the United States National Park Service, an occasion that has resulted in significantly increased interest in visiting the national parks and preserves set aside for citizens and visitors to enjoy.

The National Park Service was created on Aug. 25, 1916 when President Woodrow Wilson signed an act creating the service, a new federal bureau in the Department of the Interior responsible for protecting the 35 national parks and monuments that existed at the time those that would be established in the years to come.

Yellowstone was the first area declared a national park by an act of Congress on March 1, 1872. Today, there are more than 400 national parks and monuments in the United States, and the movement to create such spaces "for the benefit and enjoyment of the people" began a worldwide national park movement. Today more than 100 nations contain some 1,200 national parks or equivalent preserves.

In the United States, the centennial has turned the attention of travelers toward the parks as potential summer vacation destinations.

One company that operates facilities in several national parks is bracing for an upswing in park attendance and has put out a list of “Do’s and Don’ts” for those interested in visiting and staying at a national park this summer.

“Getting that room or rocking chair is not as easy as it sounds,” Xanterra Parks & Resorts said in the news release that included its advice.

The legendary railroad companies such as Atchison, Topeka and Sante Fe built many of the grand hotels, including the El Tovar, creating properties that often feature soaring lobbies, thick log beams and impressive fireplaces.

“They are temples to the environmental awe of nature,” the company said, adding that, “[T]hey are prized accommodations for Americans but also for visitors from around the world.”

So you will have both domestic and international competition for that room should you decide to visit this year. To help maximize your chances of getting exactly the place you want, here is Xanterra’s list of Do’s and Don’ts. 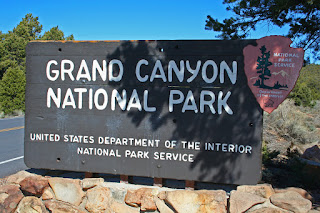 Stay in the park for convenience. National parks are big. Death Valley is three million acres and it’s not even the largest national park. By lodging inside the boundaries, you eliminate hours spent driving to and from the park. In some cases, that means long lines to get in. That affords you more time to explore and to savor the scenery. Leave your car parked and take advantage of trains, in-park shuttles, walking paths, bicycles, horses, mules and organized guided tours.

Book rooms several months in advance if possible. The Old Faithful Inn in Yellowstone National Park; El Tovar in Phantom Ranch and Bright Angel Lodge in Grand Canyon National Park; Glacier Hotel in Glacier National Park; and other well-known historic facilities can be booked eight months or so in advance. [Editor’s note: As of this writing, the El Tovar Lodge is already completely booked through mid-August.]

Nonetheless, between May 1 and late-June and between mid-August and mid-October, it is still possible to reserve a room within days of arrival. Although less famous lodgings often have availability closer to the arrival date, it’s still wise to book as far in advance as possible. National parks accept reservations 13 months in advance. For Yellowstone National Park, however, summer reservations open up May 1 for the following year (May 1, 2016, you can book for May 1, 2017 through October 2017). For winter, reservations open March 15 for the following winter (March 15, 2016, you can book for the winter of 2016/2017). Check out xanterra.com for more information.

Be flexible with dates and hotels/lodges. Doing so gives you a better chance to secure a reservation.

Book guided tours in advance. Select the guided tours you want and book them as far in advance as possible, which also provides more choice when there are multiple departure times. At Grand Canyon National Park, for example, the popular half-day South Rim mule trips on the rim or overnight trips to Phantom Ranch may be booked 13 months in advance.

Don’t assume a room comes with standard features. Read the descriptions carefully. Amenities vary. Some rooms use shared bathrooms (some of these lodges date back to the turn of the last century); other rooms come with private baths, telephones and coffee makers. Often rooms do not have televisions or air-conditioning.

Don’t unwittingly book the wrong lodging. Some online booking sites often prominently feature accommodations outside the parks. [Editor’s note: Many national parks are capacity-controlled. In addition to the inconvenience of staying off-site which Xanterra alluded to, it is possible that a visitor staying outside the park may not be able to gain access at all.]