Changes affect travelers who use US Visa Waiver Program

on April 06, 2016
Effective April 1, citizens of 38 countries that cooperate with the United States in its Visa Waiver Program (VWP) must have an e-passport to use the VWP.

An e-Passport is an enhanced secure passport with an embedded electronic chip and can be readily identify by the unique international symbol on the cover, as highlighted in the photo below. Travelers who do not possess an electronic passport will not be able to use the VWP and a valid non-immigrant visa will be required to travel to the United States. 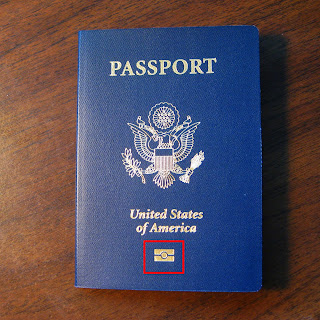 Since its inception in 1986, the program has undergone refinement and changes; the most recent is the VWP Improvement and Terrorist Travel Prevention Act of 2015. Passed in December of last year, it contains the requirement for an e-passport and places additional restrictions on nationals of VWP countries who have traveled to or been present in Iran, Iraq, Sudan, or Syria on or after March 1, 2011.

Under the modifications of the 2015 legislation, those individuals are no longer eligible to travel to or be admitted to the United States under the VWP. The restriction also applies to nationals of VWP countries who are also nationals of Iran, Iraq, Sudan, or Syria.

The restrictions do not apply to VWP travelers whose presence in Iraq, Syria, Iran, or Sudan was to perform military service in the armed forces of a program country, or in order to carry out official duties as a full-time employee of the government of a program country, according to the U.S. Customer and Border Protection (CBP) website.

As in the past, citizens or nationals of VWP countries must continue to use the Electronic System for Travel Authorization (ESTA) to determine their eligibility to travel to the United States under the program. Through the ESTA application process, travelers provide biographic information and answers to VWP eligibility questions.

ESTA applications may be submitted at any time prior to travel, though it is recommended that travelers apply as soon as they begin preparing travel plans or prior to purchasing airline tickets. Further, authorization via ESTA does not determine whether a traveler is admissible to the United States. U.S. Customs and Border Protection officers determine admissibility upon travelers’ arrival, according to the CBP website.