Dragonair to be renamed Cathay Dragon

on March 04, 2016
Cathay Pacific’s wholly owned sister airline Dragonair is undergoing a rebranding and will soon emerge as Cathay Dragon.

Dragonair has been a part of the Cathay Pacific Group since 2006. During that time, the two airlines have worked closely to offer connectivity and service from Hong Kong (HKG) to nearly 200 destinations across mainland China, elsewhere in Asia and across the rest of the world as well, all while maintaining a focus on service.

“We have continually strived to deliver high standards of service and a consistent premium experience to ensure our passengers travel as well as possible,” the company’s statement said, noting that the rebranding provides “[T]he opportunity to become stronger than the sum of our parts by bringing the branding of the two airlines closer together.” 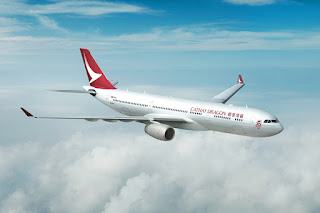 The two carriers’ focus on service has been noted and frequently validated by its customers. Cathay Pacific was recently reconfirmed as one of only seven 5-Star Airlines by airline and airport review company SKYTRAX and, in 2015, was named the No. 3 airline in the world, behind only Qatar Airways and Singapore Airlines.

Dragonair is also well-rated by its passengers. It was named the No. 18 airline in the world and the No. 1 regional airline in the 2015 SKYTRAX awards and currently holds a 4-Star Airline rating.

Both airlines will continue to offer a premium in-flight experience but each will have its own distinct personality that reflects the specific needs of their passengers, the company said.

“In-flight meals, for example, will continue Dragonair’s tradition of providing the best of Chinese and Hong Kong cuisine,” according to the airline. 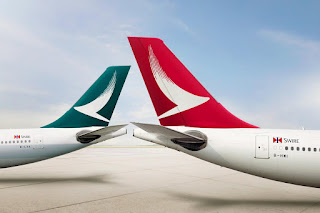 The rebranding will introduce a new livery for Cathay Dragon that features a Cathay-style brushwing logo. The livery will appear for the first time on one of Cathay Dragon’s Airbus A330-300 aircraft in April and will be progressively introduced to the rest of the airline’s fleet, according to the company.

The Cathay Pacific Group will launch a major international advertising and marketing campaign later this year to promote recognition of Cathay Dragon and the benefits this rebranding will bring to passengers.