on August 19, 2015
The 2015 Rugby World Cup, which commences on Sept. 18, is expected to generate nearly £1bn for England’s transport and tourism industry. 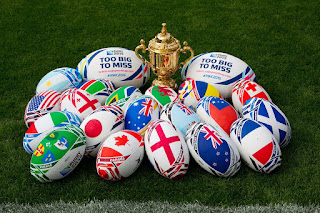 GoEuro.com, the search engine for comparing flights, coach and rail travel options across Europe, released its estimate of the economic impact of the six week tournament, which will see 48 matches played in 12 match venues across England and in the Millennium Stadium.

London will be the biggest winner over all, with 17 matches earning the city £197 million, of which more than £15 million will be spent on transportation alone. The 11 host cities are estimated to see between £3.5 million and £197 million spent on inner-city transportation, accommodations, food and beverages. Expected revenue will of course vary by city and depends on the number of expected visiting spectators and the number of games being hosted.

For the country’s tourism industry as a whole, the 2015 Rugby World Cup is expected to generate more than £957 million.

GoEuro’s research focused on transportation, accommodation and miscellaneous costs and did not take the cost of tickets into account. The methodology employed an average of tourist expenditure determined by nationality of visitors, as reflected in Visit Britain and UN World Tourism Organization statistics, along with GoEuro’s Price Indexes.