on December 18, 2014
As cricket fans well know, the ICC Cricket World Cup in Australia and New Zealand will commence on 14 February 2015, so it is not too soon for those who plan to attend to be looking for lodging.

To that end, the people at ThinkHotels.com, a UK-based online hotel booking company, have put together an infographic focusing on hotels that are convenient to the World Cup venues in five Australian cities, and provided that information to TheTravelPro to share with our readers.

The infographic, which can be viewed in its entirety here, covers Sydney, Melbourne, Adelaide, Brisbane and Perth. 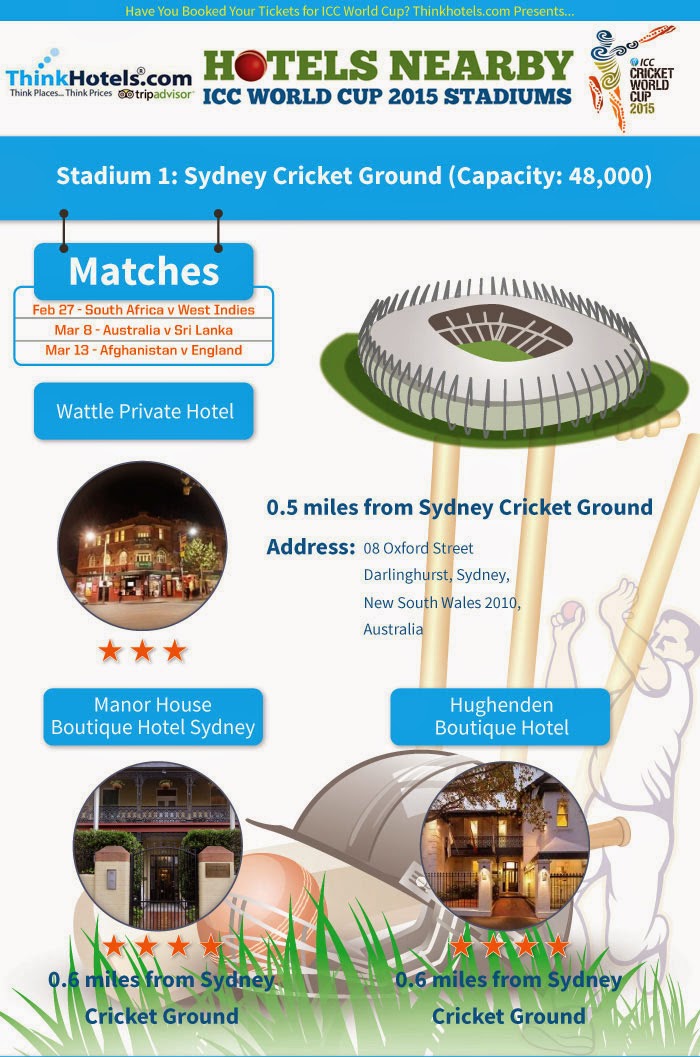 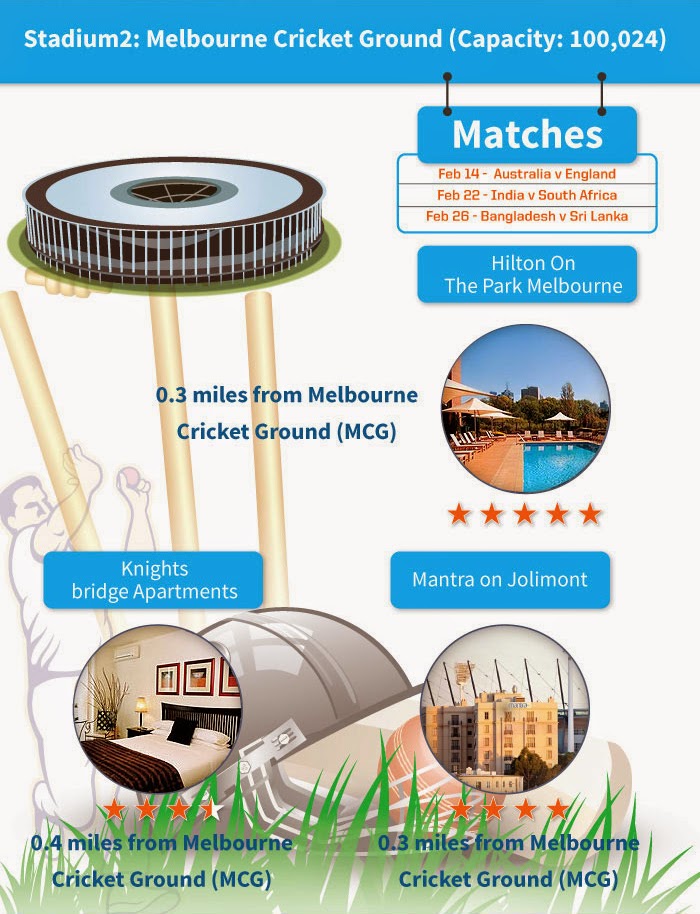 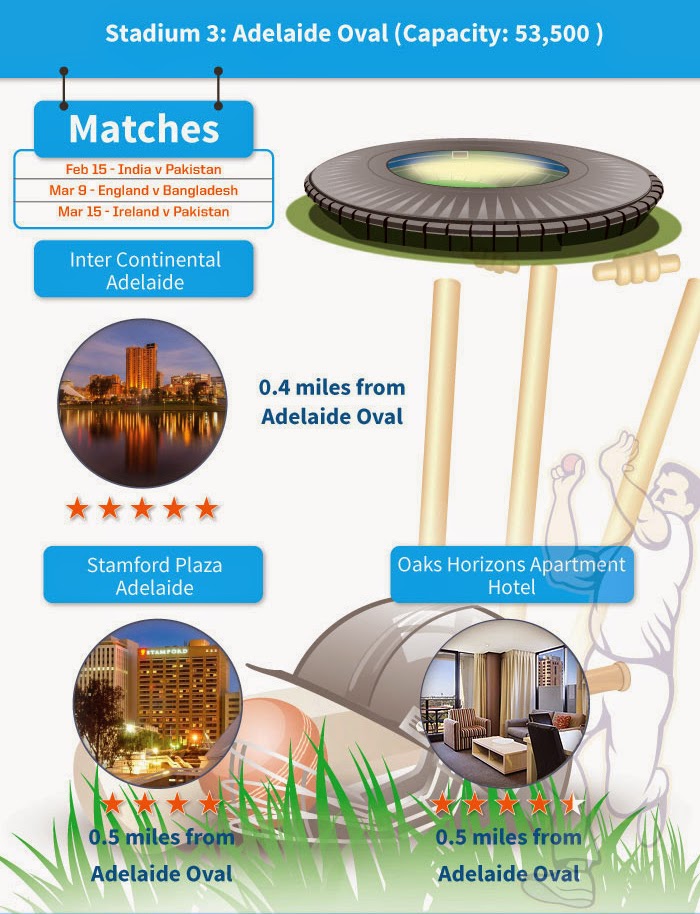 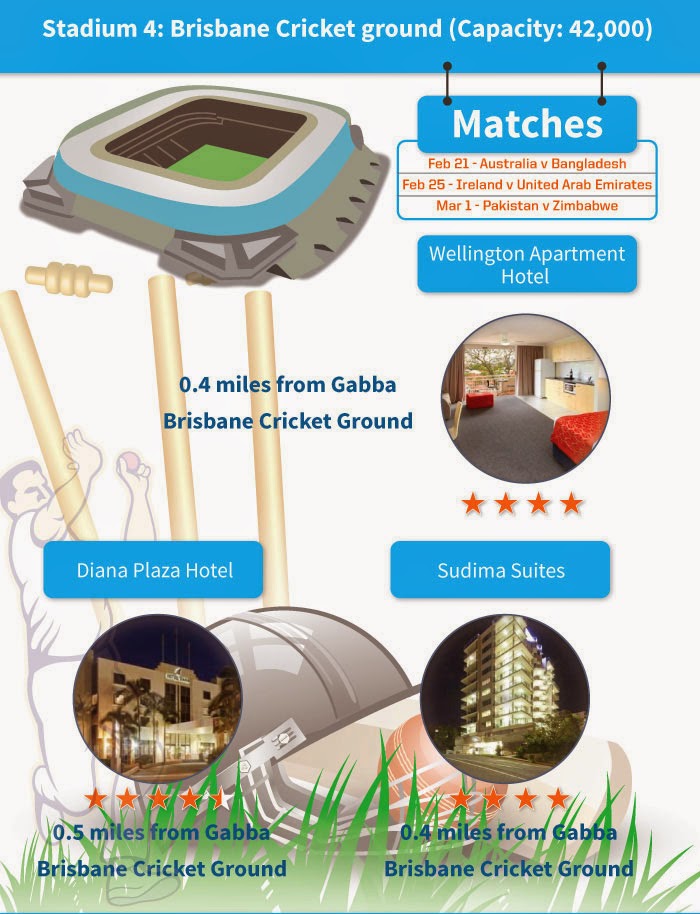 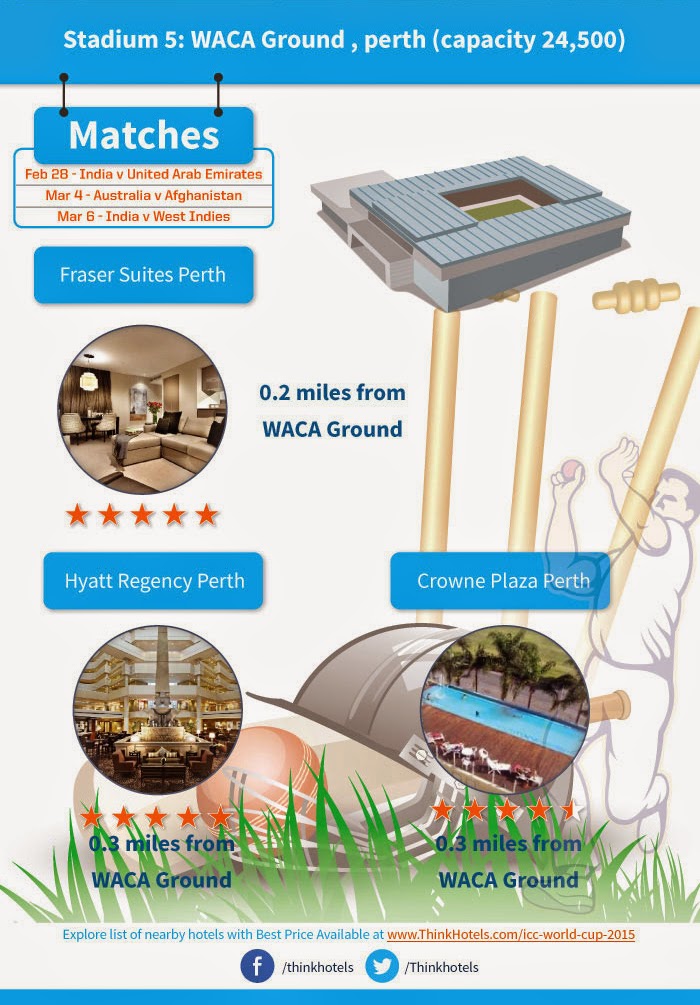 Heralded as “the most wide-open World Cup in 20 years,” other World Cup venues include Canberra, Australia and Hobart, Tasmania, as well as Auckland, Wellington, Hamilton, Napier, Nelson, Dunedin, and Christchurch, New Zealand.

The “ICC” in ICC Cricket World Cup is for ICC Travel, the Cricket World Cup's official tour and travel operator. It also offers travel packages, including or exclusive of tickets. More details on ICC’s offerings may be obtained through the ICC World Cup website.