‘Taste of Groupon’ infographic shows food capitals of the U.S.A.

on November 11, 2014
Groupon, the popular purveyor of discount purchases, has published a map depicting what it calls the food capital of the United States.

The inforgraphic, titled “Taste of Groupon Food Capitals of the U.S.A.”, shows all 50 states and lists culinary highlights for 33 of them. The culinary distinction for which each city is called out is based on Groupon customer sales data and therefore, despite Groupon’s popularity, have been selected based on some pretty narrow criteria.

For example, the map lists Orlando, Fla., as the “Food Truck Capital” of the country. Anyone who is familiar with the food truck scene in Portland, Ore., might quarrel with that designation.

Further, several of the so-called capitals hardly qualify as capitals at all. For example, the cities with the World’s Largest Catsup Bottle (Collinsville, Ill.) and the World’s Largest Popcorn Ball (Sac City, Iowa), proffered their attractions before Groupon even existed and would, in all likelihood, continue to claim their (relative) fame with or without Groupon’s imprimatur.

Still, the infographic is good fun. It shows the most popular food or drink items or trends by most states and contains a few surprises. You can view the infographic below, click on it or go to http://www.groupon.com/pages/food-capitals to view a larger sized version. 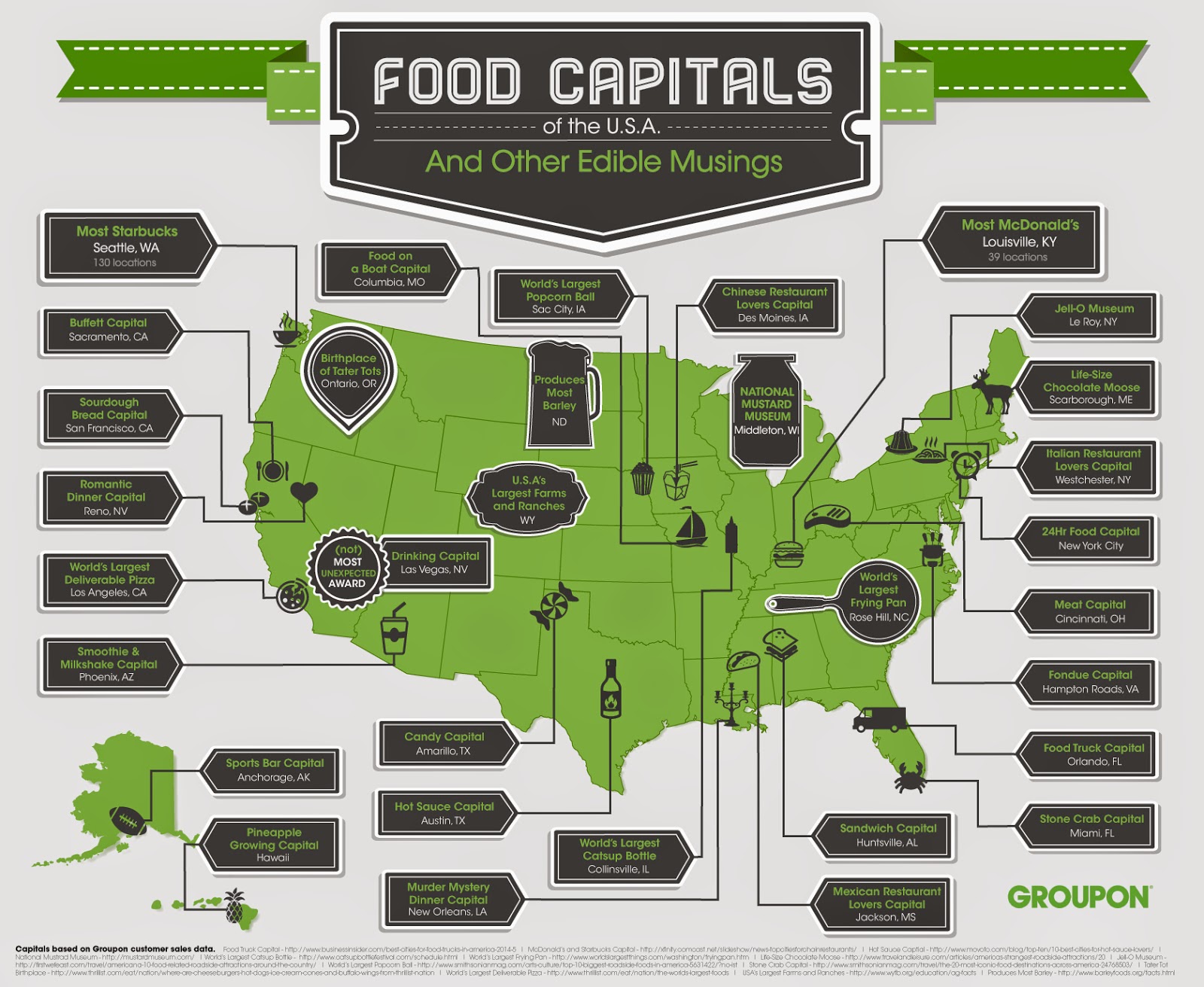