Worthwhile and worth(less) books on travel

on January 24, 2019
Whether working for a major national publication or broadcast network or writing for one’s own website, journalists receive an almost amazing number of book “pitches.” Some of the publications pitched are worth reading, a few are worth keeping, but many aren’t fit for fireplace fodder.

In the days before the Internet, publicists would send copies of the books they were pitching to the reporters in their Rolodex. (Remember the Rolodex?) That practice would often result in the targeted news outlet getting multiple copies sent to different reporters in the hope of getting the attention of one of them. When I worked at now-defunct KING-1090 NewsTalk Radio in Seattle, we had a “free to a good home” shelf where we’d put the extra copies for anyone who was interested. Often, we had as many as five copies of any given book. 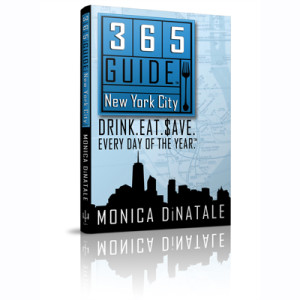 Today, things are a bit more efficient. Publicists send an email containing a brief synopsis of the book followed by the “ask”: Please let us send you a copy of the book for your review.

Over the past few months, I’ve received more pitches than I care to count, many for books that don’t even remotely relate to this website's focus on travel. Those emails go straight to my computer’s recycle bin. Others, like the “365 Guide to New York City” that I reviewed in August 2014, are worth reading and writing about.

Still others, which sound promising in the pitch, fall into the “less said, the better” category. Here are a few of those.

"Fifty and Flying" - Shirley Barbee. Presented by the author's public relations firm as the memoirs of a seasoned flight attendant, this sounded interesting. Even when it became obvious that the book itself was taking a different route and relating the experiences of a woman who started flying in her 50s, it still sounded like it could make for good reading.

Perhaps my first clue should have been that it was published by Mill City Press, which is a self-publishing or "vanity" house. Vanity houses offer people a way to get their book to print and become a "published author" without all the bother of pitching the book to established publishers, then being rejected over and over until someone sees the value in the book or the author gives up. All the author has to do is pay the vanity house and their book will make it to print.

In its opening pages, Fifty and Flying makes clear that its author spent only a brief time in the skies. Her "pinning ceremony," which marked her graduation from flight attendant training, was Nov. 1, 2000. By her own admission, her career was “short-lived due to the horrific occurrence of 9/11” 2001, so she was a working F/A for less than a year.

The book is riddled with numerous factual errors, misspellings and stylistic gaffes. The author spends the entirety of Chapter 12 discussing bird strikes and ends the chapter with the sentence, “The risk of a bird striking an aircraft is miniscule.” Perhaps the most famous incident involving a bird strike took place in 2009, four years before the book was copyrighted, and was not even mentioned. I refer of course to US Airways Flight 1549, which suffered a dual engine flame-out when it struck a flock of geese on departure from LGA. Sully Sullenberger’s proficiency in executing a safe water landing in the Hudson apparently didn't register on the writer's radar. 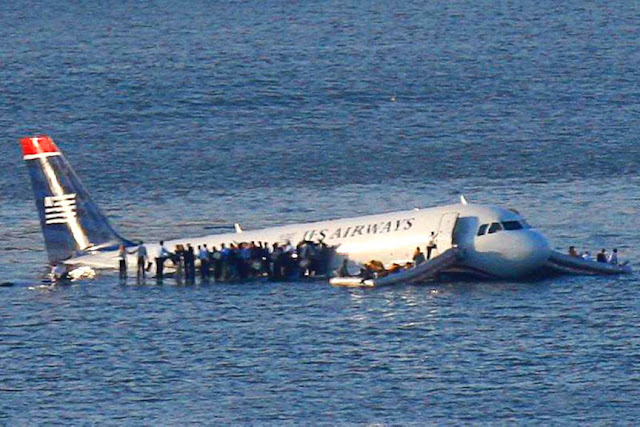 She refers twice to “the four U.S. Time Zones” which should be rendered "time zones" without the initial capital letters. That aside, there are nine time zones used by the United States and its territories: the Atlantic, Eastern, Central, Mountain, Pacific, Alaska, Hawaii-Aleutian, Samoa and Chamorro zones. Even disregarding the Atlantic time zone, which touches Puerto Rico and the U.S. Virgin Islands, and the Samoa and Chamorro zones, she should have known and acknowledged that six time zones touch U.S. states.

Then there are the misspellings and style errors that, being a writer, I could not ignore. She spells the name of Maui's major airport Kauhlui, when it correctly spelled Kahului. She misses and misuses punctuation, renders the words “a-buzz,” “house-hold” and “week-end” when the words are “abuzz”, “household” and “weekend.” Commas are overused. Her use of numerals vs. words for numbers is inconsistent and pervasive. Starting on the first page of the prologue, she wrote “I was fifty-five years old,” then “There were 56 of us…” And on it went.

Even disregarding all the errors and omissions, it wasn't all that interesting.

“Diary of a Pissed-Off Flight Attendant” – Sydney Pearl. This tome, written by a flight attendant who claims to have “nearly two decades of service flying for a major airline,” sounded like it could have been funny but turned out to be a 200-page rant detailing mean-spirited actions taken by someone who clearly should not be working in any position where customer contact is involved.

The book is riddled with factual errors that cause me to question the author's credibility in general. For example, in the book published this year, Pearl states that “the airline’s F.A.R. (federal aviation regulation), [says] no items may be placed in your seat-back pocket besides the items the airline has placed there.” However, the Federal Aviation Administration (FAA) regulation to which she refers was clarified – in 2009! – by an FAA notice that stated, “if small, lightweight items, such as eyeglasses or a cellphone, can be placed in the seat pocket without exceeding the total designed weight limitation of the seat pocket, or so that the seat pocket does not block anyone from evacuating the row of seats, it may be safe to do so.”

The New York Times’ Joe Sharkey reported this revision in an article dated Nov. 30, 2009. Where Pearl has been for the last several years is a mystery.

She also blamed 9/11 for starting the decline of civility on airplanes. “No longer did people dress up and look to flying as an adventure to cherish.” As one who has been flying since the early ‘60s – the days when people actually did dress up to fly – I can tell you that the decline to becoming “Greyhound buses in the sky” started well before 2001 (No disrespect to Greyhound buses intended).

Even her claimed experience is questionable. Pearl discloses that she graduated high school in 1994, then went on to college. Accordingly, a claim that she had “nearly two decades of service” in the industry would appear to be something of a stretch.

Not that there aren’t a few gems to be unearthed, like her rant against people like the woman who brought her pet monkey aboard, claiming it was an “emotional assist animal” under the Americans with Disabilities Act, the woman who tried to co-opt the aircraft's galley so she could do her yoga stretches, and the guy who actually clipped his toenails in flight. In general, however, don’t bother with this book unless you want to read a series of rants, insults and downright nasty actions by someone with an obvious chip on her shoulder.

Written by a travel industry veteran, it promised “to help the lay person understand airlines’ pricing and ticketing strategies, so they can exploit them for cut-price globetrotting.” I found that it contained very little of what I call “actionable information” and struck me as a sales pitch for using a travel agent instead of trying to find the best fares and book your trip yourself.

Agreed, there are many benefits to engaging a knowledgeable travel agent, even if you have to pay a modest fee (largely because airlines long ago stopped paying commissions to travel agents). In addition, the book contained some other worthwhile travel tips, but nothing I haven’t seen in dozens of other places.

However, the book failed to deliver on the promise that it would help the lay person understand and exploit the airlines’ pricing policies.