on April 30, 2014
According to one Delta Air Lines executive, members of the airline’s SkyMiles® frequent flier program are quickly accepting and coming to understand the changes to the program announced by the airline earlier this year.

Speaking with TheTravelPro at the 26th Annual Freddie Awards at the Museum of Flight April 24 about the coming changes and members’ reaction to them, the airline official said the carrier had anticipated some negative reaction by its customers. 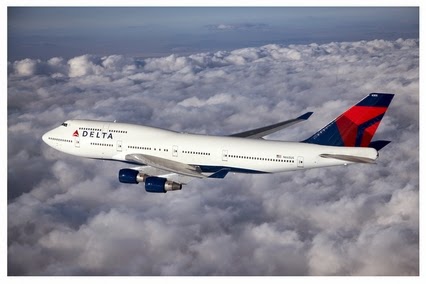 “The first response was, ‘We don’t like this,’ and ‘Why are you changing?’ so we anticipated some negative feedback, but I think we were actually very surprised about how little we got and [that] it didn’t really last as long as we expected,” Karen Zachary, Managing Director of Global Programs with Delta Air Lines, said. “We’ve gotten a lot of good feedback as well because people appreciate … that we’re recognizing how much they’re spending.”

In February, Atlanta-based Delta (NYSE:DAL) announced that, starting in 2015, SkyMiles members would accrue miles that could be redeemed for flights based on dollars spent rather than miles flown. The miles or segments flown will count toward Medallion levels – Silver, Gold, Platinum, or Diamond – which will carry benefits including discounted or complimentary Economy Comfort seating, access to Delta’s Sky Clubs, bonus miles and other benefits. Full details are available on Delta’s website.

Program changes were not decided upon unilaterally, nor in a vacuum. According to Zachary, they were the result of an exhaustive process that took more than four years.

“It’s been expensive, it’s been time-consuming, and we’ve done a lot of focus groups,” she said. “We’ve done over 250 customer focus groups to help design what we wanted at the end.”

The changes include several that have not received the same level of media attention as the shift from a mileage-based program to a revenue-based program. Changes include the elimination of blackout dates for award seats as well as the ability to book award travel using a combination of miles and cash. Those and other changes represent a significant investment by the airline in its frequent flier program.

Making more seats available is an important change because Delta has not historically been regarded as particularly generous in terms of the saver seats it makes available, although an independent annual survey of award seat availability shows the carrier is improving in that area.

The survey, performed by technology company Switchfly, queried the frequent flier programs of 25 carriers worldwide and attempted to book seats using saver-style awards for parties of two travelers on carriers’ top routes. In its 2012 survey, the company was able to book seats on just over 27% of Delta flights, the lowest of the major U.S. carriers. However, that number improved to 36.4% in the 2013 survey. The 2014 survey is due to be released May 8.

Delta’s program changes include a new award pricing structure with five categories replacing the current three levels. On the program’s 2015 award travel chart, the airline points out that miles needed to purchase award seats at Level 1 – formerly called the “Saver” level – will not change from the current level. Further, although prices will change in 44 award categories, 95% of those changes are price reductions, requiring from 5,000 to 35,000 fewer miles to book an award seat, depending on the level of service and the destination.

Although Delta is the first major U.S. carrier to change from a mileage model to a revenue model, the change is not unprecedented. In the U.S. airline industry, JetBlue (NYSE:JBLU), Southwest (NYSE:LUV), and Virgin America already use revenue-based models. And, as previously reported, Virgin Australia’s revenue-based Velocity program swept the Freddie Awards for the Middle East and Asia/Oceania region, an indication that the approach has been well accepted by Virgin Australia’s customers, according to one of the airline's executives.

“I think that’s the trend: rewarding customers based on what their spend is on the airline rather than using fare classes as a proxy for spend,” Tom Alberts, airline partnership manager for Velocity, told TheTravelPro. “I think that’s the model that airlines eventually will go to across the board.”

It is also a model that has been employed by the hotel industry for a number of years. The Hilton HHonors program, for example, credits guests for every dollar they spend on room nights, food, and incidentals but grants status levels – Blue, Silver, Gold, and Diamond – based on the number of nights spent in its hotels.

In fact, Zachary said, the hotel industry model was studied and considered when designing their program changes.

Contrary to early criticism that Delta's move from distance to dollars would benefit the airline’s elite customers at the expense of its other customers - particularly those who fly long-haul flights on bargain fares - the redesigned program will provide benefits to both types of passengers. The establishment of status levels based on miles flown will benefit customers who fly long distances, while the awarding of redeemable miles based on dollars spent will benefit customers who pay higher fares.