on November 13, 2013
In a previous post, I advised travelers to check their frequent flier accounts upon return from a trip to ensure they've been credited with the miles they flew. As I have just learned, however, it may also pay to ask some pointed questions before finalizing your ticket purchase.

When my wife and I booked our September trip from Seattle (SEA) to Maui (OGG), we decided to fly Hawaiian Airlines (NYSE:HA) and asked that the miles be credited to our American Airlines AAdvantage accounts, as American is a partner airline of Hawaiian. Our AAdvantage numbers appeared on our boarding passes for our outbound and return flights, so I assumed that we'd get our 2,600 miles each way in due course. 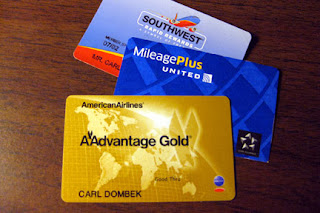 We all know what happens when you "assume": You make an "ass" out of "u" and "me." And make an ass of me Hawaiian Airlines did.

As I learned after two conversations with American Airlines AAdvantage representatives, Hawaiian Airlines discontinued mileage credit for flights between the continental United States and Hawaii in October 2012, nearly a year before I booked our tickets and asked that the mileage be credited to our accounts with American.

One would think that, under principles of good customer service, the Hawaiian Airlines agent who took our American mileage numbers would have known the flight was not eligible, or at the very least would have check. But nooooo!

Apparently one needs to ask specifically, "Is this flight eligible for mileage credit?" Considering it was a standard, paid economy ticket -- not a comp or one using accrued miles -- it didn't even occur to me to ask. Clearly, it should have.

I have sent the following note to Hawaiian Airlines Consumer Affairs. Pardon the somewhat snarky tone, but I was (and still am) irritated by this turn of events.

I booked round-trip tickets for this trip in August 2013. After booking the tickets on line, I called reservations and requested that mileage be credited to my AAdvantage Mileage Account with partner American Airlines.

Today, two months after the trip, American tells me that credit between CONUS and Hawaii ceased as of October 2012.

I am furious!  It was almost a year since the credit had been discontinued, and yet the reservations agent took my number and SAID NOTHING! COMPLETELY UNPROFESSIONAL AND UNACCEPTABLE!

I believe I am due some compensation for this loss of value due to Hawaiian's lack of attention to detail. I'd like to receive a proposal of compensation, and please don't suggest I have my miles credited to a Hawaiian Airlines mileage account. If I'd wanted to do that, I'd have done so in the first place instead of asking that my AAdvantage account be credited.

We'll see what they say, and I'll post it here.