on January 14, 2013
United Airlines is being sued by the Illinois Regional Transit Authority (RTA), which charges the carrier with running a sham office in a rural county to avoid paying millions of dollars in sales tax on the jet fuel it purchases. 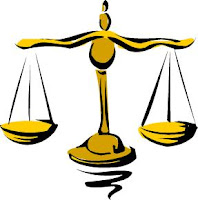 According to the Chicago Tribune, the RTA is accusing the carrier of running a "sham business operation" that has deprived Chicago and Cook County taxpayers and public transportation agencies of millions of dollars over the last seven years.

The RTA alleges that both United Airlines and American Airlines operate offices in Sycamore, Ill., that they use to avoid paying higher taxes that they would ordinarily owe for purchases made from their offices in Chicago. The small, part-time offices in rural De Kalb County are rarely occupied and, in at least one case, don't appear to even have a computer, the RTA said.

Both airlines claim they purchase their jet fuel, one of their largest expenses, from those offices, the RTA charged.

The RTA said it filed suit in Cook County Circuit Court against Chicago-based United, while deferring formal action against American, because American is currently involved in bankruptcy proceedings.