Hey, American Airlines: JUST DO IT!

on November 05, 2012
The e-mail from American Airlines to its AAdvantage® members started on a promising note. The "Subject" line said, "Double miles, with our thanks." 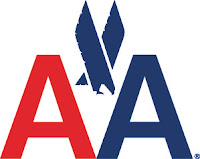 "There is a time when apologies aren't enough. And our customers deserve more than words," the email began.

American was apologizing for the recent slip in its operating performance, saying it was "not up to our standards. More importantly, it was not up to those of our customers."

It wanted to do more than just apologize, the airline said, adding that it wanted to thank its customers for their support and patience as it works through the bankruptcy reorganization that has spawned an unusually large number of flight delays and cancellations.

What was a beleaguered airline to do?

American decided to say thank you to its loyal customers by allowing "every AAdvantage® member [to] earn double elite qualifying miles and points for travel on American through the end of the year" and double miles for flying with American during the Nov. 16-26 Thanksgiving season.

All we have to do is register.

It should be just as easy for American to program its AAdvantage® system to provide those benefits to all AAdvantage® members who fly during those periods instead of only those who register, then send out an e-mail telling us of the gift they'd given us.

Sure, registering only took a minute, but that's beside the point. Making someone work for their "thank you gift" is contrary to the notion of a gift freely given and takes something away from the gift being offered.

More importantly, it shows that American still doesn't get it when it comes to customer service.