on March 01, 2012
The first flight from Dubai landed at Seattle's SeaTac Airport on the afternoon of March 1 and taxied onto the ramp under an arc of water sprayed from the cannons of two Port of Seattle fire trucks.

With that, Seattle became only the sixth U.S. city served by the airline, the world’s largest international carrier. The airline had added its fifth city, Dallas-Ft. Worth, less than a month earlier. 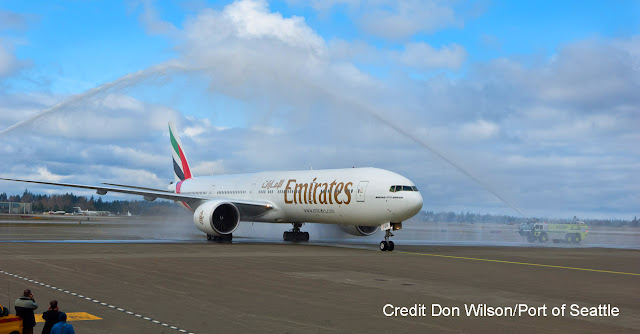 Despite a 15-hour flight, its passengers – including the airline’s Chairman, His Highness Sheik Ahmed bin Saeed Al Maktoum – looked remarkably well-rested, no doubt due to the First Class Suites and, perhaps for the more junior executives, lie-flat seats in Business Class of the Boeing 777-300ER. (Photos below) 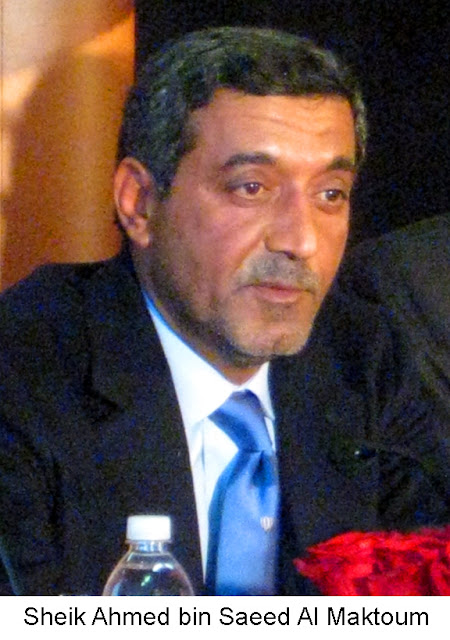 Prior to the plane’s early arrival, guests were given a glimpse of Emirates’ style and what the Sheik would refer to as “superior service.” As several Emirates flight attendants chatted up the guests in a special reception area set up near the arrivals gate, roving servers plied guests with champagne and nibbles. Members of the media were offered press kits and collateral material, both in hard copy and on a thumb drive that resembled an A380.

Once the plane was chocked at the gate in the airport’s South Satellite – the arrivals area for all international flights – the passengers cleared customs, then joined the reception. 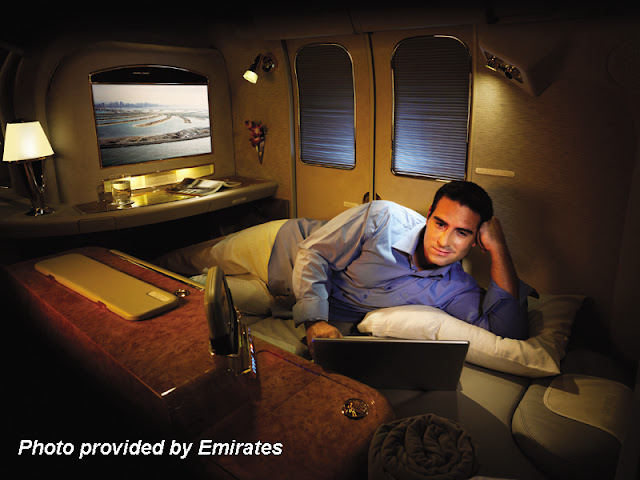 After a brief round of remarks from local leaders and their representatives, the Sheik paid compliments to both the city of Seattle -- "one of my favorite cities" -- and to Boeing: “For a long time, Emirates had looked forward to connecting Seattle with its home hub of Dubai on flights operated on state-of-the art, Seattle-built aircraft.”

The daily non-stop flights, he said, would “Introduce a whole new audience of leisure travelers to this beautiful region” of the Pacific Northwest. They will also “link businesses with key markets across the world and providing an important new vehicle for imports and exports.” 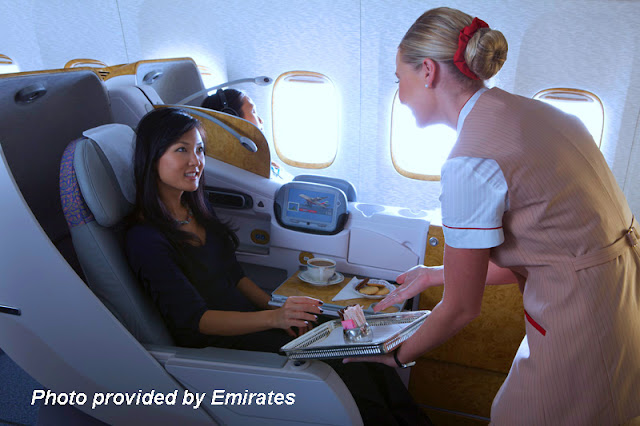 Flights will leave Seattle daily at 5:10 pm and arrive in Dubai 14 hours, 30 minutes later. Return flights leave DXB at 9:50 am and arrive in Seattle at 1:10 pm. The flights from Dubai are scheduled to take 15 hours, 20 minutes. 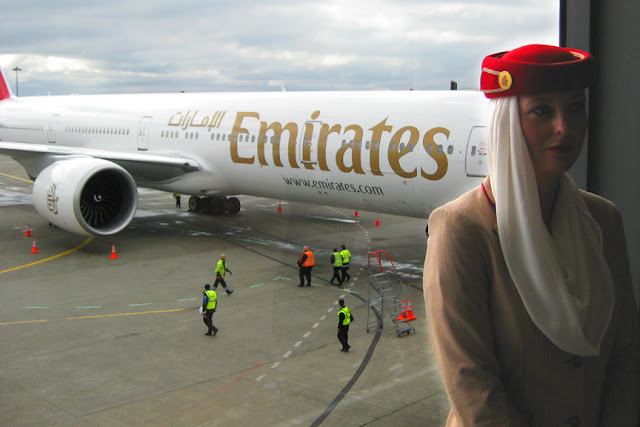 As the Sheik said at the closing of the ceremony, “Seattle now has its first non-stop service to the Middle East, and two dynamic, fast-growing regions have come closer together.”