OPINION: U.S. airlines need to take the next step

on September 02, 2020
Now that all three major U.S. carriers have eliminated ticket change fees – permanently, they vow – it’s time to take the next step toward customer centricity and get rid of those equally abhorrent nickel-and-dime charges they call “ancillary revenue.” 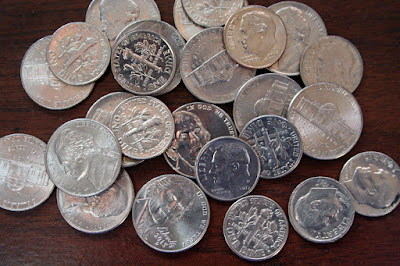 From the start, ancillary revenue was a shell game: it was a way to enhance income without raising ticket prices. That meant a carrier's offerings would be nearer the top of any list sorted by price, in theory enabling them to snag a larger slice of the market. The concept was based on the belief that American travelers are incredibly price-sensitive and, at the same time, incredibly poor critical thinkers who would consider only the up-front price, not the all-in cost.

Apparently, there were largely right.

TIn 2007, the first year in which total industry ancillary revenue was estimated, the world's airlines pulled in $2.45 billion, according to a company called IdeaWorks. By 2010, that figured had grown to $22.6 billion. In 2019, the last year for which information is available, that figure was projected to reach $109.5 billion, a nearly five-fold increase. The report says the three major U.S. airlines derived more than 15 percent of their revenue from ancillary revenue sources.

The chart below shows how that revenue stream has grown, almost consistently, since its initiation. 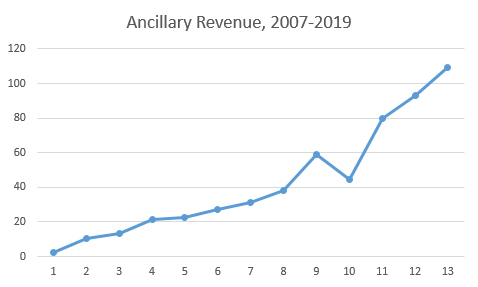 To be fair, ancillary revenue is more than baggage charges and ticket change fees. It also includes fees for products and services that are completely optional like early boarding, onboard food and drink (when airlines were able to serve that pre-COVID), in-flight Wi-Fi, premium economy seating, and sales of frequent flyer miles, either to customers who want to round up to make a purchase or to banks that issue the airlines’ affinity credit cards.

It also includes charges for things that are semi-optional such as overweight baggage fees (you could probably have packed lighter) but also things that are part and parcel to airline travel: choosing a seat and checking a bag.

Given all these differences, the solution isn’t as simple as saying all U.S. airlines should abolish ancillary charges and simply raise ticket prices 15 percent. But the solution could be easy. Here’s what I believe that we, the once-and-future traveling public, must demand:

Get rid of all “ancillary charges” for things that are not truly optional.

Highest on the list: paying additional fees to choose your seat assignment and check a bag. Ask yourself: when was the last time you took a flight that you did NOT take a suitcase of some size and didn’t have to sit somewhere? THESE ARE NOT OPTIONAL!

What is optional? Early boarding. Visiting the airline’s club if it has one. Sitting in premium economy. Food and drink onboard. Wi-Fi. Movies (though many are offering those without charge). Buying frequent flyer miles.

The carriers that listen – actually listen – and take decisive action will, I believe, be rewarded with greater customer loyalty.

Let’s see which among them is truly interested in leading the way with this much-needed next step.


Photo and chart by Carl Dombek