My post of duty was in Monroeville, a small suburb east of Pittsburgh with the usual retinue of chain hotels, restaurants and stores, and very little remarkable about it. Except its proximity to Pittsburgh.

On the flight from Minneapolis-St. Paul, I sat next to a dead-heading flight attendant who called Pittsburgh home. He regaled me with lore of the area, including that the best view of the city’s skyline was from Mt. Washington and an observation deck at 222-242 Grandview Avenue.

He also made this plea: “If you find that you like Pittsburgh, PLEASE keep it to yourself. We don’t want it becoming another Seattle,” a reference to the boom the city has experienced since Microsoft, Amazon and other giants have made it their corporate homes.

Wanting an outing one evening, I decided to drive to the Three Rivers area, but without looking into what activities were happening locally. Exiting the freeway near Heinz Field, I quickly realized what a mistake I’d made.

Traffic was bumper to bumper, but I toughed it out. I could see the parking garage of a nearby casino and made that my goal, thinking I could play a little, then walk around and see what the area had to offer. And I could have IF I’d been willing to pay the $60 parking fee.

Why? The Steelers were playing that night, and there were some other more modest doings as well. To the city’s die-hard football fans, $60 was literally part of the price of admission.

Not for me. Unwilling to cough up that much money before actually seeing or doing anything, I turned around and drove back to the hotel.

The next morning, I was up relatively early and decided to make the drive to Frank Lloyd Wright’s home Fallingwater. About an hour from the suburb in which I was staying, it is one of the renowned architect's most iconic structures. 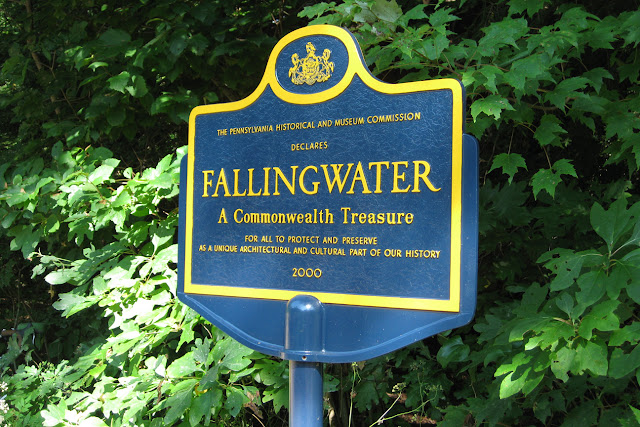 Again, my failure to do my homework came back to bite me. Well, not a full-on bite; just a nibble of my bum, really. Admission to the Fallingwater grounds was $10 and admission with a tour of the house was $30. But tours of the home are capacity-controlled and there were no spaces available the weekend I was there.

No matter; the grounds were beautiful and photo spots were well-marked, including one titled “Classic View,” which provided the familiar perspective below. 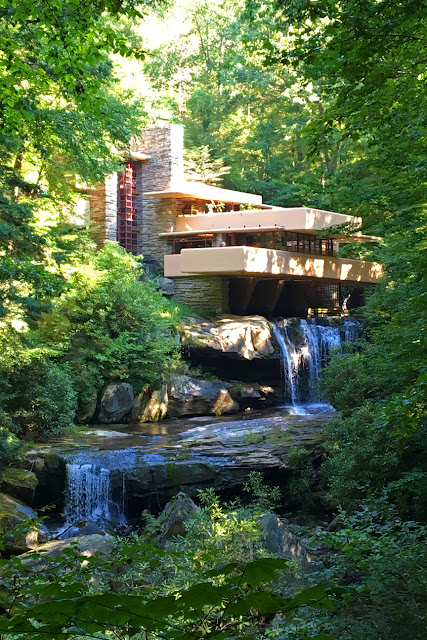 Docents prowling the grounds were very helpful. One advised me that even the “grounds” pass allows visitors to walk on the home’s porch, and with Wright’s designs as open as they are, one can actually see quite a bit of the home’s interior, even without the formal tour.

The route back took me past the Ohiopyle State Park, a popular spot for hiking, kayaking and other water sports on the focal point of the park: a 14-mile stretch of the Youghiogheny River Gorge.

Fortunately, I was only in the area for three days and I had work to do or I might have gone stir-crazy. The city has areas that are pleasant enough but my new-found friend has nothing to worry about; I won’t be touting the area’s wonderfulness, though I now have a great deal of respect for those whose job it is to do that.

Good luck; you’ve got a tough row to hoe.