on May 13, 2019
The Elite Savoy Hotel is one of the oldest, yet also about to be one of the most up-to-date, hotels in Malmö. It has much to recommend it, but also a few things to be aware of.

The hotel, one of more than 30 properties that comprise Sweden’s Elite Hotel Group, was undergoing a renovation that had begun in October  2018 when we visited. Walls were being repainted, rooms refreshed, and mechanical systems updated. The work was done during the day, so nothing disturbed the hotel’s guests at night.

Located directly across a canal from Malmö’s Central Train Station, it is undeniably convenient, and the price represented a considerable savings over hotels in Copenhagen, which is a 20 minute train ride away. 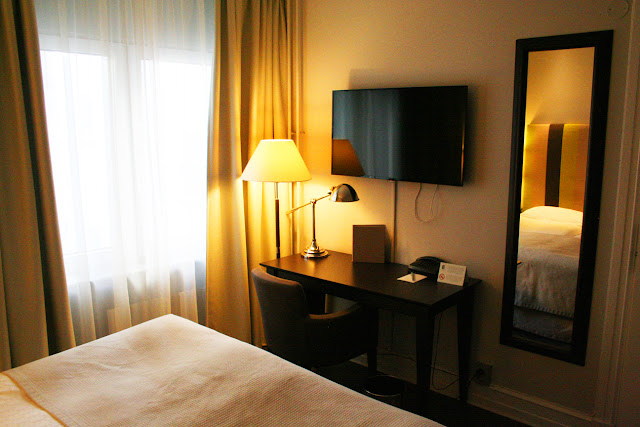 Our room rate, for a “superior” room, included a buffet breakfast each morning – a great way to start the day. The breakfast, served in the on-site Savoy Grill, featured typical European fare of muesli; a broad assortment of meats and cheeses; scrambled eggs, streaky bacon and baked beans to appeal to their British guests; breads, rolls, and coffee and tea. A British pub called the Bishops Arms is directly next door. 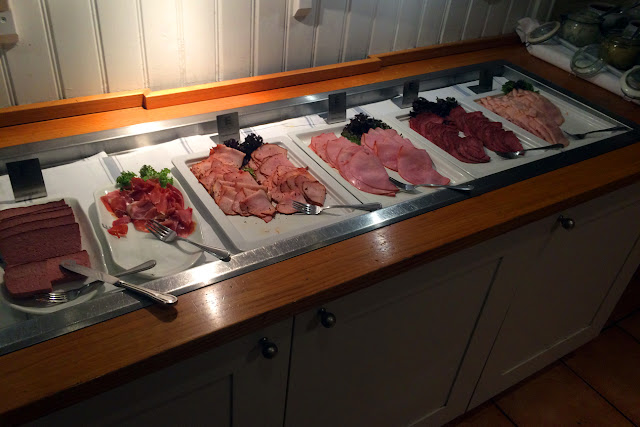 The guest room itself was nicely appointed, though small, measuring just 11 by 12 feet. At 8 feet, 9 inches high, the tall ceiling made it feel a bit larger. Equipped with two twin beds pulled together to approximate a king, the room also had a modest work station, an armoire, a mini-fridge, coffee and tea service, in-room safe, iron and board, and hairdryer. Robes and slippers were available for an additional charge. 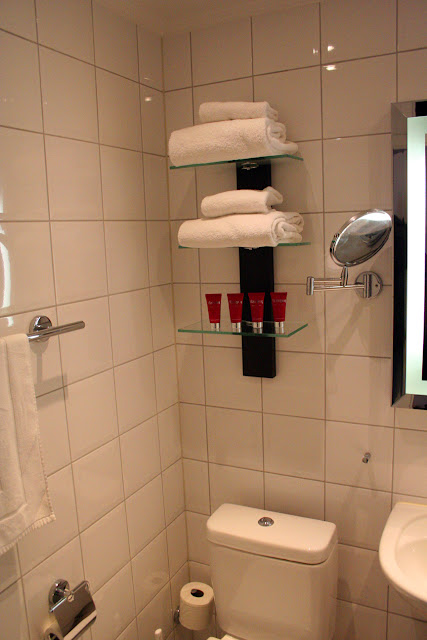 The bathroom was also small. At less than five by seven feet, it had a sink, toilet and walk-in shower but lacked any real counter space. Like the guest room, it was nicely equipped and included a heated floor and heated mirror, as well as a magnifying mirror for those of us “of a certain age.” Elite-branded amenities including shower gel, shampoo, cream rinse and conditioner as well as a small bar soap were also provided. 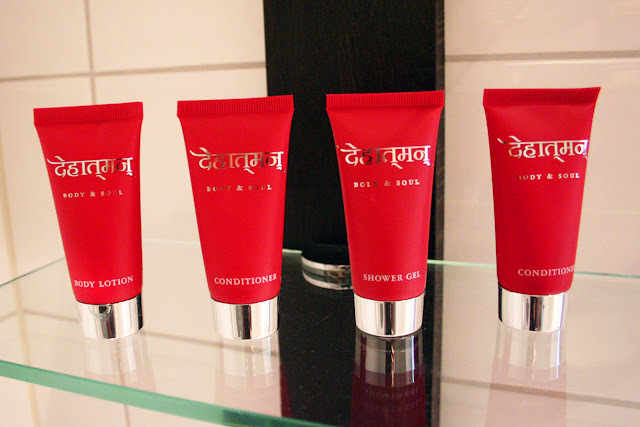 Among the positives, Wi-Fi was included in the room rate and connectivity was quite decent at 13.5 Mbps as measured by SpeakEasy.net/speedtest. Mini-bar prices were quite reasonable, with 187 ml. bottles of red and white wine offered at 70 SEK each, or about US$7 at today’s rates, and bottled water and soft drinks were 25 SEK, or about $2.50. Prices for the soft drinks were better at the nearby Coop mart, but seasoned travelers understand there is a premium for convenience. 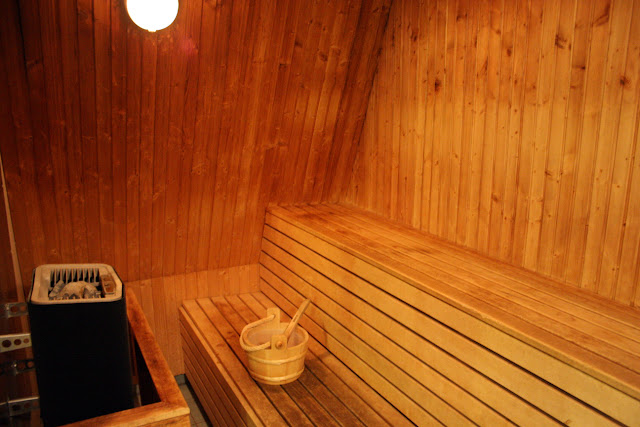 The hotel has a shared computer off the lobby, a “Relax” area with a sauna and modest gym with cardio equipment and free weights. It also has meeting space for those who need it. 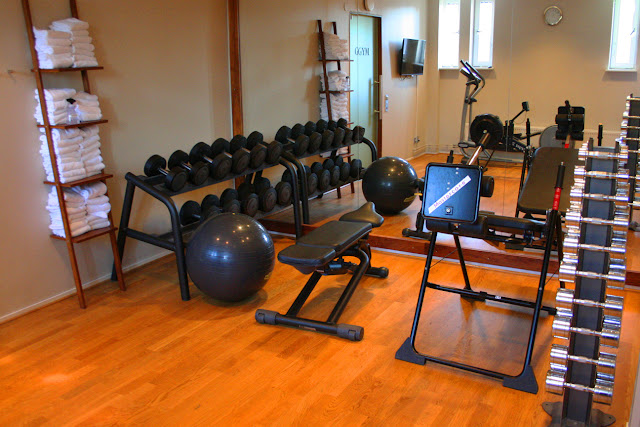 While service was generally excellent and the people responsive, there were a couple of minor misses.

When our room was made up, housekeeping failed to replace the empty box of facial tissues and the bar of soap we’d used. Another minor miss involved the hot pot provided with the in-room coffee. The cord was so short, we either had to place the pot on the floor next to the outlet or unplug the desk light so we could put the pot on the desktop.

Finally, breakfast offerings were the same from day to day. That predictability could become monotonous for those on an extended stay.

In all, we’d stay at the Savoy again though, being Americans accustomed to more space, we would likely opt for one of the property’s larger guests rooms.