Laptop ban lifted for a total of six airports, airlines

on July 11, 2017
The U.S. Department of Homeland Security (DHS) has lifted its laptop ban for three more of the 10 airports and airlines that serve the Middle East and north Africa and were affected by the ban that was issued in March.

In an announcement released on July 11, DHS said the airports and airlines have already improved their screening enough to earn their way off the ban list. Under that ban, all passengers were required to place their laptop computers, tablets and many other traveling
electronic devices in their checked luggage. 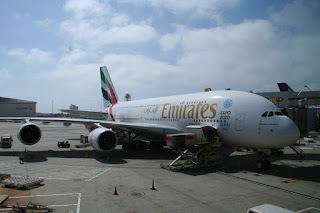 The ban remains in effect for flights from four other airports in the region. Those airports are:
Visit my main page at TheTravelPro.us for more news, reviews, and personal observations on the world of upmarket travel.