on May 05, 2017
A new survey confirms the recent ban on electronics, including laptops and tablets, on flights to the U.S. from targeted airports in the Middle East and North Africa regions will affect in-flight activities for many business and leisure travelers.

The online airline information website ExpertFlyer.com surveyed more than 1,500 subscribers to determine how severe the impact would be and what steps, if any, travelers might take to avoid these airports or how they would adjust their in-flight travel habits. The survey also asked travelers if they would use laptops and tablets provided by airlines as part of a free loaner program on affected flights. While 57 percent of respondents said they would consider it, 42 percent said “absolutely not.” 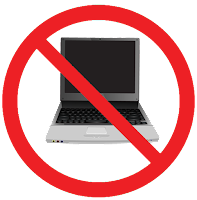 “These are major world hubs that have become very efficient places for connections; not just between the U.S. and India but even to Asia from the east coast of the U.S,” Gary Leff, author of View from the Wing, explained. “For business travelers who have sensitive information on their computers, letting it out of their sight is not an option and they are left with only two choices; leave the laptop behind or adjust their itinerary to avoid the ban.”

Travelers can use their mobile phones, which are permitted on the affected flights, as an alternate work machine. Leff also suggests traveling during business down times.

“Flying on Friday night through Monday morning minimizes the need to conduct business in flight,” he said. “It’s a good time to decompress by watching a movie, closing your eyes or if you must work, catch up on emails using your phone.”

The ban has had a dual impact on the travel industry, according ExpertFlyer.com. Fewer people are traveling from the affected cities and the airlines have reduced the number of scheduled flights.

Many airlines are creating laptop/tablet loaner programs for passengers during the ban. While the loaner programs are primarily in premium cabins, the survey asked all respondents if they would take advantage of such a program. Fifty-eight percent of all respondents said they would consider using a loaner device from an airline while 42 percent responded with a resounding “no way.”

“For the traveler who wants to work in flight, it isn’t a replacement at all,” Leff explained. “You don't have access to your hard drive and you probably don’t want to use a USB drive for fear of leaving a digital footprint behind. The device doesn’t have the software or apps needed to work effectively and there are serious security issues to consider.”

Those who responded to the survey expressed similar concerns, including considerations about how sanitary the devices would be. “Do you really think they properly clean those devices after every use?” one respondent asked.