on March 14, 2017
Winter Storm Stella is hammering the Northeast with heavy snow, high winds and accumulating ice, which will lead to major travel disruption.

Flights within, Into or out of the United States late Monday, nearly 2,900 flights were delayed and more than 1,500 cancelled as of 6 p.m., EDT Monday, according to FlightAware's live tracking tool. Another nearly 5,000 flights originally scheduled for Tuesday have been canceled. 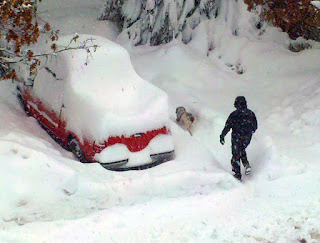 Anyone planning to fly anywhere in the U.S. over the next several days should check with their airline periodically because delays or cancellations in one part of the system usually have a ripple effect, and sometimes reach as far as the opposite coast.