Holiday travel: When, where and how

on October 21, 2016
Hot on the heels of our article offering tips for smooth(er) holiday travel comes a survey about how, where and when we intend to go. The results may surprise you. Or not.

The survey was conducted by research and data provider Fluent and asked more than 4,700 American adults including 1,084 holiday travelers about their holiday travel plans and attitudes.

The majority of those surveyed plan to travel during the upcoming holiday season.

Nearly half of those surveyed plan lengthy excursions. International travel is on the agenda of 22 percent of respondents while 24 percent are planning cross-country trips. Another quarter, or 27 percent, plan to go only a few hours from home.

Also not surprisingly, the majority of travelers - 59 percent - plan to visit family, while less than half that number, 28 percent, are planning non-family vacations.

The most popular method of travel during the holidays is by car, favored by half of the respondents. Air travel was a close second, at 45 percent. Trains and buses were a distinct minority, at three and two percent, respectively.

A statistic I found interesting, perhaps because it runs counter to my personal preference, was lodging. A full 50 percent said they mostly stay with family and friends, while only 29 percent stay mostly at hotels or other hired accommodations. Facilities like AirBnB or similar were not particularly popular among travelers, with only two percent of respondents stating that type of accommodations as their preference.

Even with the prominence of social media, paid advertising is still the most effective way to reach consumers, according to the survey. Email, TV and online ads in general had the greatest impact on which airlines and hotels the travelers chose for their trips, totaling 69 percent. The remainder cited ads on social media, direct mail, radio ads, print ads and text messages as affecting their travel choices.

By contrast, some 80 percent of respondents said emails from online travel and travel booking sites had little to no impact on their likelihood of booking through such sites. Given my recent experience with one such site, I understand. The survey showed similar results about emails from hotels and car rental agencies. 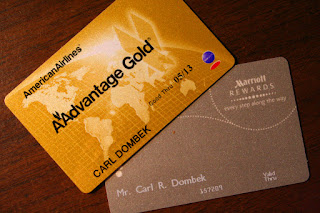 Finally, when asked whether they would rather take an airline flight during the upcoming holiday travel season or visit the dentist, respondents were almost evenly split, with 49 percent of those not planning to travel opting for a flight and 51 percent choosing the dentist’s chair.

Wishing you safe and pleasant holidays, whether you are traveling or not.