FRIDAY FRUMP: When in Rome…

on March 15, 2019
Among the reasons we travel to countries not our own is to experience their culture. And yet, a startling number of people have apparently never heard the proverb, “When in Rome, do as the Romans do.”

What started me on today’s rant were some uninformed comments following a rather benign Washington Post article on how to get on your bartender’s good side, or at least stay off their bad side. The comments regarded the practice of tipping, which the author of the article recommended should be 20 percent of the total bill before any discounts or comps.

“Nob off,” said one commenter, whose expression suggests s/he is probably from the U.K. or a similar area. “The rest of the world rounds up,” so the U.S. should fall into line.

The fact is, “the rest of the world” does not round up. Much of Western Europe does, but even then, they keep percentages in mind with a target of 10 percent, more or less. Think about it: rounding from €27 to €30 is far different than rounding from €98 to €100.  Percentages still come into play, and the rounding is done with a benchmark of 10 percent, more or less, as the standard.

In Poland and elsewhere in Eastern Europe, a 10 percent tip for service is considered a good tip. In other countries including the U.A.E., Norway and Aruba, a “service charge” is added to the bill, which effectively functions as a gratuity. Tipping is not expected in New Zealand while tipping in Japan and China is actually considered rude.

But my point is not about tipping; it is about respecting the culture you have chosen to visit.

Too often when I travel, I see people who have obviously either not done their research or have boorishly chosen to behave as they do when they are at home without modifying that behavior in deference to their surroundings, and that is simply wrong. The offenses range from men wearing short pants in Europe, where men almost never wear short pants to people who, like the commenter I cited, refuse to embrace the local culture because, “That’s not what we do at home.”

FLASH BULLETIN: You’re not “at home.”  Refer to the first paragraph: When in Rome, do as the Romans do.

Suppose a tourist from the U.K. is determined to do things in other countries just as they do at home. If they rent a car on the European continent or in North America and try to drive “as they do at home” – on the left side of the road – the results would be disastrous. 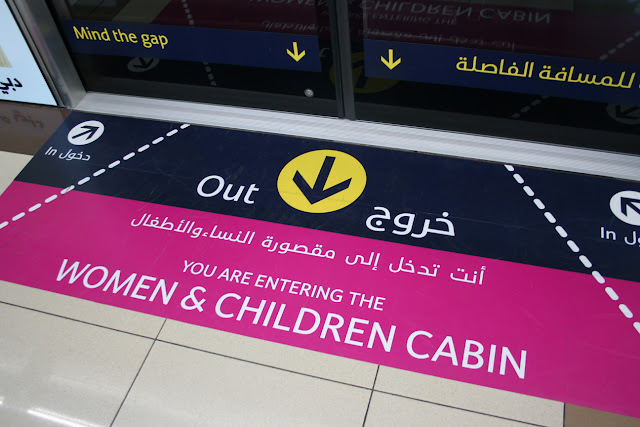 Obviously, that is an absurd example because their sense of self-preservation would override any jingoistic notions they might harbor. But let us consider a more plausible scenario.

Serious trouble could be in store for a woman who refuses to cover her head in public in a country where women are expected to do so, for a man who enters a tram car reserved for women and children, or for a person in a conservative environment who sports a T-shirt with the message, “F-C-K. All that’s missing is Y-O-U.” Yes, I have actually seen people (more than one!) wearing that very shirt in public.

Fair or not, behavior that sets an individual apart from the local norms also reflects poorly on others from the same background as the offender. The pejorative term “ugly American,” with which many travelers are unfortunately familiar, grew out of perceptions of arrogant behavior by Americans abroad. Not all Americans deserve it but many are labeled with it regardless.

The take-away is this: If you travel to another country with a different culture than yours, do your research. Find out what is accepted behavior with regard to dress, behavior, tipping, and other facets of everyday life. If you are staying at a hotel, ask the desk clerk or concierge. Using Airbnb? Ask your host. Dining at a restaurant? Ask the manager. But ASK, then be prepared to fit in.

Or, American or otherwise, be prepared to be labeled “ugly.”