on July 19, 2016
The Federal Aviation Administration (FAA) has rescinded its ban on flights to Turkey.

The FAA, which had halted all U.S. commercial and private flights to and from Turkey until Sept. 1 in the wake of the failed coup attempt July 15, reversed the decision and lifted the ban Monday afternoon. The agency announced the cancellation of the ban via its Twitter feed and provided few additional details. 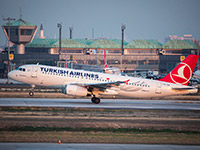 On Saturday, the FAA issued Notice to Airmen (NOTAM) that it was banning all flights into and out of Turkey by U.S. aircraft, whether directly or via third country. The ban came one day after an attempted coup attempt rocked the country that is a NATO member and critical U.S. ally.

While no U.S. airlines currently operate any flights between the two countries, Turkish Airlines serves nine U.S. cities and was severely affected by the ban. Turkish Airlines said it will resume all U.S. flights July 19, starting with its 6:45 a.m. departure to New York’s John F. Kennedy International Airport (JFK).

Meanwhile, the U.S. Department of State is warning U.S. citizens of increased threats from terrorist groups throughout Turkey and recommends that U.S. citizens "reconsider travel to Turkey at this time."