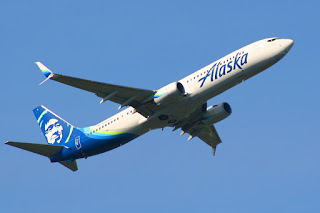 Three daily flights bound for San Diego leave SJC at 8:30 a.m., 4:20 p.m. and 8:30 p.m., arriving at San Diego’s Lindberg Field (SAN) in approximately one hour, 27 minutes. A fourth flight leaves SJC on Fridays and Saturdays at 12:15 p.m. Daily flights from SAN will depart at 6:30 a.m., noon and 6:30 p.m. with an additional flight on Fridays and Saturdays leaving at 2 p.m. Daily northbound flights will be slightly shorter than the southbound flights, while the twice-weekly northbound flights will take approximately one hour, 44 minutes.

The flights will be operated by SkyWest Airlines using 76-seat Embraer E175 jets. The E175 boasts cabin dimensions on par with a 737, the carrier said. According to SeatGuru.com, First Class seats are 21 inches wide with 36 inches of pitch, the same as those on the airline's Boeing (NYSE:BA) 737-900s. Economy seats, however, are 18.25 inches wide -  a full 1.25 inches wider than the seats on the Boeing jet. Standard economy seats have pitch of 32 inches on the E175. The planes will also offer Preferred Plus seating with additional legroom.

Alaska announced that it will begin seasonal, weekly flights connecting Anchorage, Alaska and Spokane, Washington starting June 11. The flights, which will operate through Aug. 27, 2016, will depart Spokane International Airport (GEG) at 7:40 p.m. and arrive at Ted Stevens Anchorage International Airport (ANC) at 10:20 p.m. Return flights will leave ANC at 11:55 p.m., arriving at GEG at 4:26 a.m. Sunday morning. Flights will be operated with Boeing 737 aircraft.

The airline also announced the start of twice-weekly, seasonal service connecting San Diego and Hayden/Steamboat Springs, Colorado. Just in time for next season’s ski season, the seasonal service will begin Dec. 17, 2016, and run through March 25, 2017 and represents an expansion of service beyond the nonstop flights operated between Seattle-Tacoma International Airport (SEA) and the popular ski area.