‘Is there a doctor on board?’

Japan’s ANA will know before departure


Japan’s All Nippon Airways (ANA) will be strengthening its onboard medical support services when it introduces the "ANA Doctor On Board" service this fall.

Through the service, licensed doctors who are also members of the ANA Mileage Club, its frequent flier program, can register and, should an injury, illness or other medical emergency occur midflight, cabin crew will be able to seek the help of those physicians who are on the flight and not have to make an announcement asking if there are any doctors on board. 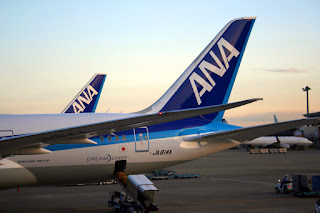 ANA adds that registration for the service is voluntary and open only to licensed doctors who are also members of the ANA Mileage Club. Under the new service, any injury or damage claims filed by passengers as a result of medical treatment provided midflight will be handled by ANA, with the exception of cases of willful and gross negligence on the part of the doctor involved, the carrier added.

If there are no registered doctors onboard the flights, cabin crews will make the traditional request for any medical professionals onboard to step forward.

ANA will also provide more details on medical supplies available on each flight, allowing both registered doctors and passengers with existing injuries and illnesses to confirm their information in advance of their flights.

In addition, as part of ANA's efforts to provide a global, universal service, computer tablets carried by cabin crews will have language translation software installed to help facilitate initial medical response. The software, “ANA Communication Board,” will include medical terms in various languages, which can be verbalized via the tablets' speakers to aid communication. By October, the software will be able to translate 17 different languages.

While ANA deserves kudos for thinking outside the box and particularly for being willing to take on possible legal issues, should they arise, it is not clear how urgent a need the plan is addressing.

ANA has not yet responded to my email asking how frequently in-flight medical emergencies occur on its flights but, according to the American College of Emergency Physicians’ website, the actual incidence of medical emergencies during commercial air travel is unknown.

“In a report using data from British Airways published in the BMJ [British Medical Journal] in 2000, Nigel Dowdall estimated 1 in-flight emergency per 11,000 passengers,” the organization said. “MedAire, a medical assistance company that provides remote assistance to several commercial airlines in the United States, responds to an average of 17,000 calls per year.”

“Air travel in the cheap seats has often been described as ‘economy class syndrome,’ a sort of midair version of Virchow's triad: dehydration, immobilization, and predisposing factors increasing the risk of deep vein thrombosis,” it concluded.

While the Doctor on Board program will primarily be on international flights, some perspective may be beneficial. According to the U.S. Department of Transportation’s Bureau of Transportation Statistics, 702 million passengers boarded U.S. flights during the 12 months ending February 2016.