United to squeeze more economy seats into some 777s

on March 09, 2016
Starting later this month, United Airlines will be reconfiguring the economy sections of approximately one third of its Boeing 777 aircraft to accommodate an additional passenger in each row.

“Those [planes] that are currently nine across are going to go 3-4-3, [or] 10 across in economy,” a spokesperson for the airline confirmed in a telephone conversation the TheTravelPro. The seats will be configured with three seats on the right and left sides of the plane with four seats in the middle.

The change will be made to 19 of the 74 “Triple-7s” operated by United (NYSE:UAL). All of those planes will fly domestic routes once the changes are made. 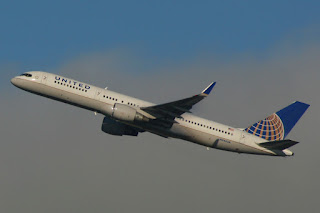 “Nine of the 19 that are going to get that new configuration … operate flights from the mainland U.S. to Honolulu and Guam,” the spokesperson said. The remaining 10 aircraft to be reconfigured are currently operating on the airline’s international routes but will be reassigned to domestic routes once the changes are made.

According to SeatGuru.com, economy seats of United’s 777s operating on domestic routes are 18.2 inches wide. The new configuration will mean the loss of slightly more than one inch of seat width.

“The United Economy seats on the Triple 7s that are going to be reconfigured are only going to be about a quarter inch narrower than the economy seats on our 787s,” according to the spokesperson. Economy seating on the Dreamliners is, nine across in economy, "[A]nd they have very high customer satisfaction ratings.”

Economy seats on United’s the 787 are 17.3 inches wide, meaning the new seats on the 777s will measure slightly more than 17 inches, which is a common width across the industry for economy seats.

For comparison, economy seats aboard Delta Air Lines (NYSE:DAL) 757s, which it uses frequently on routes from the western U.S. mainland to Hawaii, are 17.2 inches wide. Alaska Airlines (NYSE:ALK), which serves Hawaii with Boeing 737s, offers economy seats that are 17 inches wide.

While United's move to 10-across on the popular wide-body is part of a broader industry trend, I see it as running counter to the top priority cited by United's CEO Oscar Munoz after he took over the airline in September 2015. In an email to United customers, he said, "First, we must focus on our customers."

I contend that squeezing more of us into narrower seats is exactly the wrong direction to take with regard to his stated customer focus. Perhaps when Mr. Munoz returns to the C-suite on March 14, barely two months after receiving a heart transplant, he'll be able to quash this particular plan and thus fulfill his third stated priority, "[T]o innovate with the goal of providing our customers better performance, service and products."

Better service and products should include more space, not less. Now that would be truly innovative.