"These new routes eliminates the need to connect through other cities and marks the first time Alaska Airlines has provided service between Reno and Orange County, which is the second most popular destination from Reno," the carrier said in a statement. 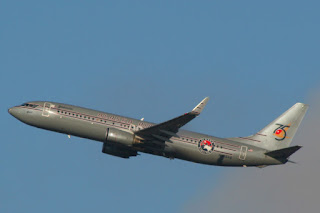 “Orange County residents will enjoy our convenient non-stop service to the wine regions of Sonoma, and to the Biggest Little City in the World, Reno, Nevada," John Kirby, Alaska’s vice president of capacity planning, said.

More information is available and tickets may be purchased at www.alaskaair.com.

Alaska Airlines, a subsidiary of Alaska Air Group (NYSE: ALK), together with its partner regional airlines, serves more than 100 cities through an expansive network in the United States, Canada, Mexico and Costa Rica.