on February 16, 2016
More Americans flew during the third quarter 2015 and it cost them less to do it, according to figures released by the U.S. Department of Transportation (DOT).

Statistics released by the DOT’s Bureau of Transportation Statistics (BTS) show that 67.73 million passengers boarded U.S. airlines during November 2015, the second highest seasonally adjusted total “enplanements” of all time. That number represented a 0.8 percent decrease from October’s 68.25 million enplanements, and ended 14 months of growth in the number of passengers transported. Until November’s modest decline, the number of enplanements had grown steadily from August 2014 to October 2015. 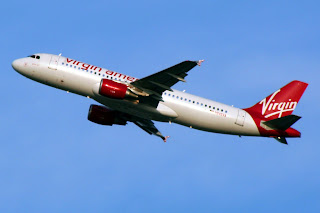 The systemwide total fell from October to November because of a 0.9 percent decline in domestic enplanements, which more than offset a 0.1 percent increase in U.S. airlines’ international enplanements.

Another measure of airline utilization, scheduled service load factor, also fell in November. The seasonally adjusted figure dropped to 83.8 percent after reaching a record high of 85 percent in October.

Load factor is a measure of the use of aircraft capacity that compares the system use which is measured in revenue passenger-miles (RPMs) as a proportion of system capacity, measured in available seat-miles (ASMs). In other words, the load factor compares the number of paying passengers to the seats that the airlines have available. Passengers who are traveling for free – “non-rev passengers” in airline parlance – are not counted as part of the load factor statistic.

Load factor and the number of enplanements do not necessarily move in lock-step.

Why ‘seasonal adjustments’ are necessary

Transportation is highly seasonal and without adjustment, the data do not give an accurate picture of underlying changes in aviation, passenger travel. Seasonal adjustment of the data removes the seasonal events that follow a regular seasonal pattern. Changes that are not due to seasonality, such as a change in air travel resulting from economic conditions, become more readily apparent.

The aviation data are seasonally adjusted for the effects of trading day, moving holidays, and data outliers.

According to BTS statistics, the average domestic air fare decreased to $372 in the third quarter of 2015, down 6.2 percent from $396 in 3Q14 and, after adjustments for inflation, reached their lowest level since 2010. 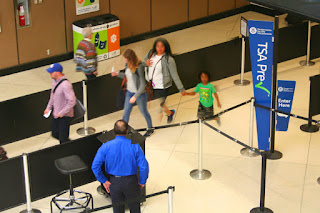 Fares are based on the total ticket value, which consists of the price charged by the airlines plus any additional taxes and fees levied by an outside entity at the time of purchase, BTS said. Fares include only the price paid at the time of the ticket purchase and do not include fees for optional services, such as baggage fees.

The 3Q15 fare was down 19.4 percent from the average fare of $461 in 2000, the highest inflation-adjusted third quarter average fare in the 20 years since BTS began collecting air fare records in 1995. It is noteworthy that the 19.4 percent decline took place while overall consumer prices rose 37.0 percent. Since 1995, inflation-adjusted fares declined 16.8 percent compared to a 55.3 percent increase in overall consumer prices.

The role of ancillary revenue

U.S. passenger airlines collected 75.0 percent of their total revenue from passenger fares during the third quarter of 2015, down from 88.5 percent in 1990, according to the BTS.

While the BTS did not detail the reason for that decline, other sources have documented that airlines are deriving an increasing portion on their total revenue from “ancillary revenue.” Ancillary revenue is derived from a range of retail activities including the sale of á la carte services including food and beverage and checked bag charges to the sale of frequent flier miles and fees derived from airline-branded, or “affinity” credit cards.