on December 10, 2015
With their popularity on this year’s Christmas and holiday gift lists, air travelers will want to know that several airlines have banned hoverboards from their aircraft over safety concerns.

For those who are not aware, "hoverboard" has become the somewhat generic term for self-balancing personal transportation devices, ranging from a device that looks like a skateboard deck with a single wheel to two-wheeled platforms to larger devices that more closely resemble the popular Segway. 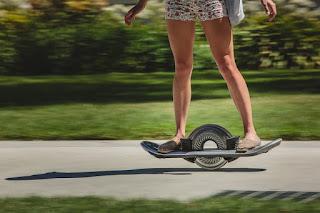 The troublesome issue is the devices’ power source: powerful lithium-ion batteries that are often poorly labeled, according to a Dec. 10 statement by Delta Air Lines (NYSE:DAL) announcing it was banning the devices starting Dec. 11.

As of this post, United Airlines (NYSE:UAL) allows the devices in carry-on and checked luggage provided the batteries fall within the FAA's guidance while American Airlines (NYSE:AAL) allows the items as carry-on baggage if it meets the airlines carry-on policy and FAA size limits. Southwest (NYSE:LUV) prefers that the devices be carried on if the battery is smaller than the 160 watt-hour limit but also allows them in checked luggage if the item is too large to meet carry-on size guidelines.