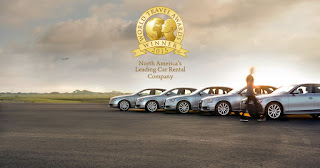 Silvercar, which only rents fully loaded, silver Audis, was accorded the honor at the 22nd Annual World Travel Awards that took place Oct. 17 at Sandals Emerald Bay resort in the Bahamas.

Founded in 1993, the World Travel Awards are decided by votes from consumers and top travel media and serve to acknowledge, reward and celebrate excellence across all sectors of the global travel and tourism industry.

Silvercar, which has been shaking up the car rental industry for the past two years, took home the coveted award and ended Avis’ (NYSE:CAR) nine-year streak. Other competitors in the category included Alamo, Budget, Hertz (NYSE:HTZ) and National.

“The car rental industry was long overdue for innovation,” Luke Schneider, SIlvercar’s CEO, said in response to the award. “Revolutionizing car rental is just the beginning of our efforts to lead and deliver the next generation of personal transportation."

Next, Silvercar will now join the other regional winners on an international scale for The next round of the World Travel Award is a global competition, for which votes are accepted online. Voting ends Nov. 8 and global winners will be announced at the awards’ Grand Finale on Dec. 12th at Mazagan Beach & Goft Resort in El Jadida, Morocco.