on October 13, 2015
Either out of ignorance or malice, workers at some restaurants in the area of Miami Beach, Fla., are misrepresenting a common area policy of automatically adding a gratuity, to the frustration of many restaurant customers and the consternation of industry and state officials.

For some years, most of the bars and restaurants in the area have added an automatic gratuity (tip) to their checks. The area hosts a large number of European tourists and in Europe, tips are far smaller than in the U.S., and many tourists did not change their behavior to conform to the local norms. 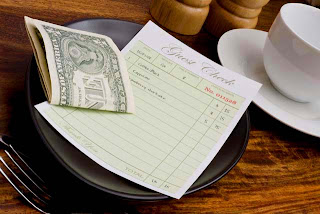 As a result, food service workers were bearing the combined brunt of low base wages AND low tips. In self-defense some years ago, food and beverage establishments started adding an automatic gratuity of between 15 - 18%, though restaurant management will remove the automatic gratuity if requested. Read more about that in my previous post.

After reading that post, a gentleman wrote TheTravelPro and reported that a server in one of the restaurants on Miami Beach's popular Ocean Drive actually yelled at him when he asked the server to remove the automatic tip so that he could enjoy his dinner and tip appropriately after eating.

More troubling was the reader's report that a server at another restaurant "[T]old me with a smile when I asked if tip was already included: NO, it is not," then explained that the "service charge" is "just a charge that is mandatory in South Beach" and that a tip was not included.

That is absolutely, unarguably wrong.

To get a response to these charges and to advise industry leaders about the current state of affairs, TheTravelPro contacted the Florida Restaurant & Lodging Association. They responded promptly that they take the matter very seriously.

"Thank you for taking time to share your concerns with us regarding potential abuses of automatic gratuities," Geoff Luebkemann, the organization's vice president, said. "We have heard this from other sources ... are considering outreach and educational opportunities to raise industry awareness on this, and have contacted the state regulatory authority to explore a coordinated effort."

The bottom line is this: If a restaurant adds a "service charge" or "automatic gratuity," that is the tip. It is not "a charge that is mandatory in South Beach." As I stated earlier, guests can have the automatic gratuity removed so that they can then can leave a tip in the amount they deem appropriate.

In cases such as these where the server refuses to accommodate a guest's request to remove an automatic tip or provides information that just doesn't seem right, ask for the owner or manager. Do not accept poor service.